Pokémon Go Buddy Adventure is a live augmented reality multiplayer feature that lets players interact with their own Pokémon via the AR camera.

A graffiti of ‘Pokemon Go’. (Image for representation only. Photo: Reuters)

San Francisco-based software development company Niantic has rolled out a new live Augmented Reality (AR) multiplayer feature for Pokémon Go Players. It is called Buddy Adventure and is based on a technology that was developed by them in 2018. It will be rolled out to Pokémon GO players in the coming months. The software company shared the news on its blog post. According to Niantic, the Pokémon Go Buddy Adventure feature will let players interact with their own Pokémon via the AR camera. It will also give Trainers a shared experience with them being able to see other Pokémon trainers interacting with Buddy Pokémon in real-time.

The new feature is also cross-platform. With the help of this, trainers will be able to see others whether they are on an iPhone or an Android device. Niantic says that Buddy Adventure is based on their experiment code-named Neon. The experiment was based on ways multiple players can interact with objects in the same digital space using real-time AR networking. Thus, at its core, Buddy Adventure is a shared AR experience, says Niantic. 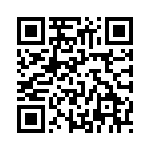 Redmi Earbuds S Review: It is Hard to Argue Against it, With This Super Affordable Price Tag