With social distancing measures in place in many parts of the world due to the COVID-19 pandemic, Pokemon Go developer Niantic has been making numerous tweaks to make the game easier to play. The studio will soon allow players to participate in Raid Battles from home, but before that option rolls out, it is temporarily letting you interact with Gyms from much farther away.

Niantic has other adjustments in the works as well. The developer says it is “working on an entirely new way to enjoy Pokemon Go Fest” this year, and it will also tweak the Adventure Sync feature so that it tracks your steps while performing indoor tasks “like cleaning your house and running on a treadmill.”

While Niantic has had to cancel numerous Pokemon Go events in March due to the pandemic, it still has a few events lined up for April. The Team Rocket Special Research story quest The Shadowy Threat Grows has been extended; you now have until the end of April to rescue Shadow Entei. Meanwhile, Alolan Exeggutor will be April’s Research Breakthrough reward, and Niantic will continue to hold its weekly Pokemon Spotlight and Mystery Bonus Hour events throughout the month.

Finally, a new Legendary, Landorus, has made its debut in the game. The Legendary Pokemon will be available in Raid Battles and as a Go Battle League reward encounter until April 21. The Mythical Pokemon Genesect is also slated to debut in EX Raids this month. 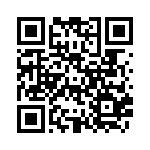