Pokemon Unite Is Out Now On Switch, Mobile Version Coming This September 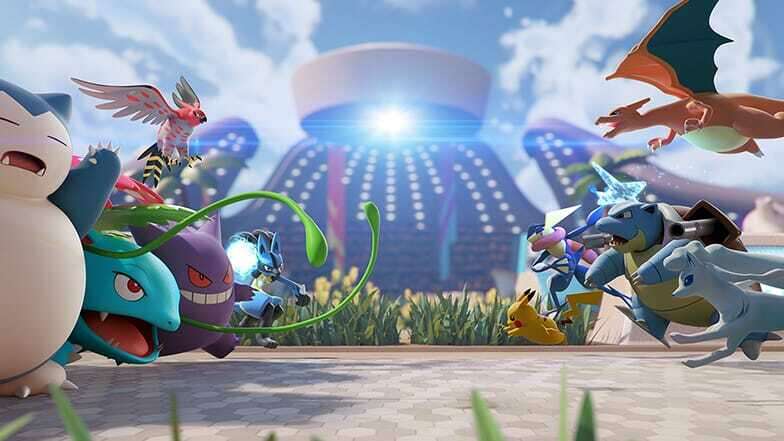 If the heroes of League of Legends aren’t your cup of tea, you can now get your MOBA fix with a Pokemon twist. Pokémon Unite, the first Pokemon MOBA title, is now available on the Nintendo Switch.

The game, a free-to-play title, lets players pick a Pokemon to play as before a match begins. Throughout a game, players can temporarily evolve their Pokemon, select the moves they know, and which items they hold. Different moves have different effects and deal varying amounts of damage while items grant boosts to base stats, like attack damage or movement speed.

To win a game of Pokemon Unite, players have to collect a resource called Aeos energy. Dropped by defeating wild or player-controlled Pokemon, Aeos energy can be deposited at opponents’ goal zones (with a sick basketball dunk) to earn points. Naturally, the team with the most points at the end of a game wins.

Players that download Pokemon by August 31 will also get an extra bonus. Early players will earn themselves a free Zeraora Unite license, letting them play as the mythical Pokemon (who is considered quite overpowered). A majority of the roster in Pokemon Unite is unlocked by grinding for or purchasing Unite licenses.

While Pokemon Unite is currently only available on the Switch, the game is also planned to launch on mobile devices this coming September, along with cross-play for the two platforms. Players can switch between each platform seamlessly by logging in on mobile with their Nintendo account or Pokemon Trainer Club account.

For more, check out our Pokemon Unite guide and overview of how its microtransactions and tickets work.

Pokemon Unite is a far cry from the typical Pokémon games we usually see, and it’s not the end of the franchise experimenting with different formats. Pokemon Legends: Arceus, set to release on January 28, 2022, will be a 3D open-world RPG, seemingly influenced by The Legend of Zelda: Breath of the Wild. While little is known about the upcoming title, we’ve put together a page on everything we know about Pokemon Legends: Arceus.