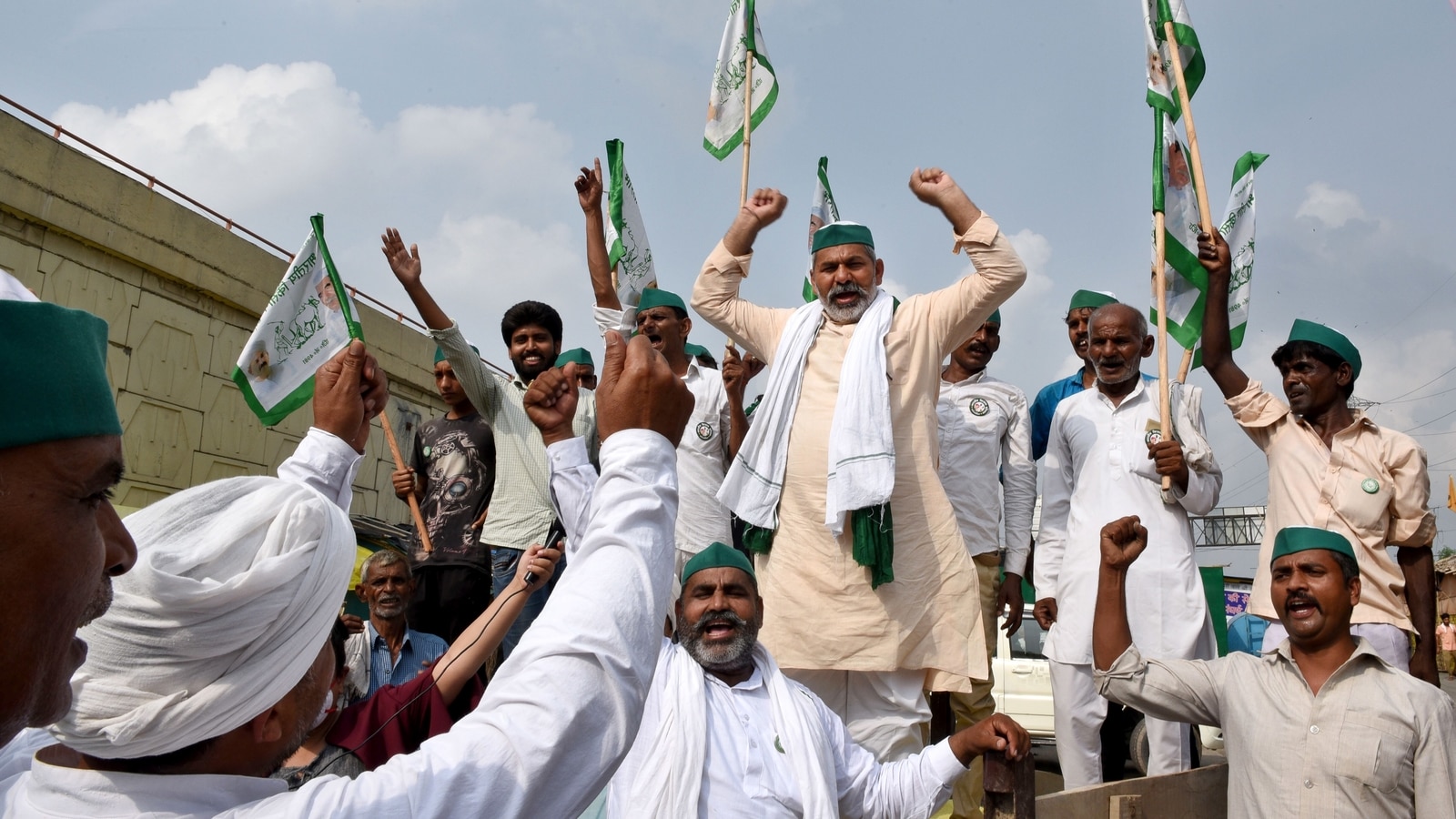 The farmers’ protests, which have been ongoing at the borders of the national capital for months now, against the three agri laws passed by the central government is set to receive a boost on Thursday. The Samyukta Kisan Morcha (SKM) an umbrella body of protesting farm unions, will be holding a series of demonstrations at the Jantar Mantar near Parliament in New Delhi from this day.

The farmers’ movement was granted permission to hold a demonstration at the site, on the condition that only a maximum of 200 protestors will be allowed till August 9. Bharatiya Kisan Union (BKU) leader Rakesh Tikait confirmed that a total of 200 farmers under the SKM will daily go to the Jantar Mantar in a bus as has been allowed by Anil Baijal, the lieutenant-governor of Delhi.

“I, along with eight others (protesting farmers) will leave for the Singhu border, and then will go to Jantar Mantar,” Tikait told news agency ANI on Thursday. “We will hold a ‘Kisan Sansad’ at Jantar Mantar and monitor Parliament proceedings.”

Protesting farmers have also been asked to provide an affidavit declaring that all Covid-19 norms will be followed and that the movement will be peaceful. The demonstrators will be met with heavy security deployment in the area amid the ongoing monsoon session of Parliament.

In photos shared by news agency ANI on this day, police officials were seen tightening the security at the Singhu border near the national capital, ahead of the farmers’ protest at Jantar Mantar against the three agri laws.

Delhi: Security tightens at Singhu border ahead of a farmers’ protest at Jantar Mantar against three farm laws amid monsoon session of Parliament

Farmers will gather at Singhu border from different protest sites and head towards Jantar Mantar pic.twitter.com/KcQZg1v1e6

The protesting farmers have said their demonstrations against the three agri laws passed by the central government will continue till August 13, if the monsoon session of Parliament is to end on that day. However, Delhi’s lieutenant-governor Anil Baijal has only allowed the farmers to continue their protest demonstrations till August 9.

Notably, this is the first time since the violence at the national capital during a tractor rally on Republic Day, January 26, earlier this year that authorities have allowed protesting farmers’ unions to hold demonstrations in the city.

Meanwhile, BKU leader Rakesh Tikait asked authorities to reopen roads near protest sites for the ease of local residents, urging that no farmer from the Ghazipur border would go to Delhi “secretly” and they will stick to the permitted protest site at Jantar Mantar.

Hundreds of farmers are encamped at Delhi’s Singhu, Tikri, and Ghazipur borders since November 2020 with a demand that the Farmers’ Produce Trade and Commerce (Promotion and Facilitation) Act , 2020 , Farmers’ (Empowerment and Protection) Agreement on Price Assurance and Farm Services Act , 2020 and the Essential Commodities (Amendment) Act , 2020 be rolled back and a new law made to guarantee minimum support price (MSP) for crops.

However , the government , which has held 11 rounds of formal dialogue with the protestors , has maintained that the laws are pro-farmer.

2021-07-22
Previous Post: Why no oxygen deaths on record? Delhi blames Centre, experts point to absence of records, gaps in protocol – The Indian Express
Next Post: Hearthstone United In Stormwind Card Reveal: “Rise To The Occasion” Questline Brings Back Dude Paladin