NEW DELHI: Harsimrat Kaur Badal, the lone representative of Shiromani Akali Dal in the Modi government, on Thursday quit the Union Cabinet in protest against the Centre’s farm bills. SAD is one of the oldest allies of the BJP.
“I have resigned from Union Cabinet in protest against anti-farmer ordinances and legislation. Proud to stand with farmers as their daughter and sister,” Harsimrat Kaur Badal said in a tweet.

I have resigned from Union Cabinet in protest against anti-farmer ordinances and legislation. Proud to stand with f… https://t.co/a5GGSxgwyx

Her resignation came soon after Shiromani Akali Dal (SAD) president Sukhbir Singh Badal opposed the two farmer-related bills in Lok Sabha.
Earlier, Sukhbir Singh Badal announced in Lok Sabha that his wife will leave the Union Cabinet to register party’s protest over the anti-farmer legislations.
In his speech during a discussion on the farm bills — the Farmers Produce Trade and Commerce (Promotion and Facilitation) Bill and the Farmers (Empowerment and Protection) Agreement on Price Assurance and Farm Services Bill, Badal said the proposed laws will “destroy” the 50 years of hard work done by successive Punjab governments to build the farm sector. He recalled Punjab’s massive contribution in making India self-sufficient in food grain production.
“I announce that Harsimrat Kaur Badal will resign from the government,” he said in Lok Sabha. Speaker Om Birla who was in the chair at the time had switched off the microphone, just in time for the announcement to go off air, but those present in the House were witness to Badal’s announcement.
Haryana farmers are protesting against the Centre’s three Farm ordinances, which they claim are ‘anti-farmer’.
The farmers’ discontent is over uncertainty of payments, which as per the new ordinance have to be made within three days. But in reality, many of the small farmers in Madhya Pradesh for instance, are facing the problem of either not finding buyers or alternatively being pressurized to bring in larger quantities.
Farmers in Punjab and Haryana have been protesting against the three ordinances promulgated by the Centre on June 5. After the Monsoon Session of Parliament began this week, the government has introduced Bills to replace these ordinances. Lok Sabha passed one of these on Tuesday, and the other two are listed for consideration and passing during the current session.
While almost the entire opposition benches opposed the Bills, agriculture minister Narendra Singh Tomar assured Lok Sabha on Thursday that the Minimum Support Price (MSP) mechanism for farmers will continue and that it will not be impacted by two proposed legislations.
Moving for consideration The Farmers Produce Trade and Commerce (Promotion and Facilitation) Bill, 2020, and The Farmers (Empowerment and Protection) Agreement on Price Assurance and Farm Services Bill, 2020′ in Lok Sabha, Tomar said the Bills are aimed at making farming profitable.
Further, he assured that these proposed legislations would not encroach upon the Agriculture Produce Marketing Committee (APMC) Acts of the states.
“These two bills will ensure that farmers get better prices for their produce. They will not be subject to the regulations of mandis and they will be free to sell their produce to anyone. They will also not have to pay any taxes.
“These bills will increase competition and promote private investment which will help in development of farm infrastructure and generate employment,” Tomar said.
The minister noted that because of these two reform bills farmers will be able to connect directly with big business and exporters, and will be able to make farming profitable.
Initiating the debate on the bills, Congress member Ravneet Singh Bittu demanded the bills be withdrawn. He said that Punjab collects about Rs 3,630 crore from mandis, which are used for welfare activities for farmers and creation of rural infrastructure like roads. He also wondered why the Centre was interfering when agriculture is in the concurrent list. “There are state assemblies … you want to snatch away the powers of states,” Singh said, adding that the meaning of having “absolute” or “golden” majority does not mean that the Centre would take all the powers.
RSP leader N K Premachandran demanded that the Bills should be sent to the standing committee and that there was no justification for promulgation of an ordinance.
Trinamool Congress members Kalyan Banerjee and Mahua Moitra vehemently opposed the bill, like the NCP and the other opposition parties.
Source :Google News 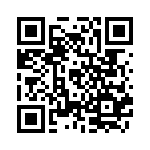