New Delhi: West Bengal Chief Minister Mamata Banerjee on Thursday (March 26) wrote a letter to Chief Ministers of 18 states asking them to provide food, shelter and medical facilities to all the semi-skilled and unskilled workers of Bengal who are stuck in some other state. 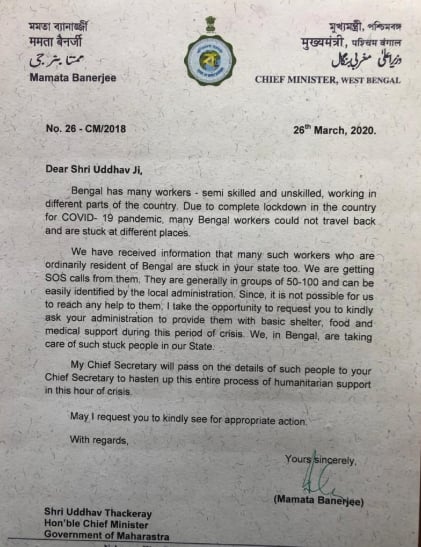 The West Bengal Chief Minister said, “we are taking care of stranded workers from other states in Bengal.”

The letter reads, “We have received information that many such workers who are ordinarily residents of Bengal are stuck in your state too. We are getting SOS calls from them. They are generally in groups of 50-100 and can be easily identified by the local administration.”

West Bengal CM wrote, “Since, it is not possible for us to reach any help to them, I take the opportunity to request you to kindly ask your administration to provide them with basic shelter, food and medical support during this period of crisis.” 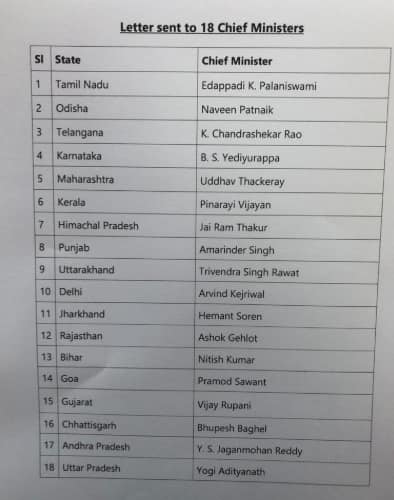 In a letter written to Maharashtra Chief Minister Uddhav Thackeray, she wrote that her Chief Secretary will pass on the details of such people to CM Thackeray`s Chief Secretary to hasten up this entire process of humanitarian support in this hour of crisis. “May I request you to kindly see for appropriate action,” added the West Bengal Chief Minister.