In the year of our lord 2020, a new console generation is upon us. Between Sony and Microsoft, we’re set to experience the technological jump in next-gen hardware with the PlayStation 5 and Xbox Series X. However, if you’ve been keeping up from a technical perspective, you may realize that these two upcoming systems share a lot in common. From the AMD-built CPU and GPU to the ultra-fast solid-state drives, both consoles are sure to deliver similar top-end performance. But here, we’re going to focus on what sets them apart.

Aside from a few key hardware details, the PS5 and Xbox Series X have some notable differences. Exclusive games, subscription services, controllers, backward compatibility, expandable storage, form factor–these are all ways the new consoles are forming their distinct identities and setting the stage for the upcoming generation. Also, if you’re undecided on which platform to dedicate your time with, these are the things you should be aware of. We’ll continue to update this feature as we learn more about both consoles in the months ahead.

Microsoft has made significant moves in recent years by acquiring multiple development studios to bring into its first-party Xbox Games Studios umbrella. While it means that these dev teams get the support of a giant like Microsoft, it also means Xbox platforms get exclusive games. It’s tricky to talk about in definitive terms given Microsoft’s dedication to offering PC versions of first-party games, cross-generation support, and in some cases, timed exclusivity. But if we’re comparing Xbox against PlayStation, we’ll include what the consoles can offer over the other. 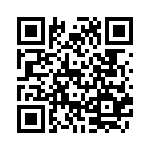