The fall split of the PUBG Mobile Club Open 2019 has ended with Indonesia’s Bigetron RA winning the tournament.

After three days of exciting battles, the PUBG Mobile Club Open 2019 Fall Split has finally come to an end. Indonesia’s Bigetron RA emerged as clear winners performing extremely well throughout the tournament. They scored a total of 303 points with 5 chicken dinners taking a massive lead over the rest of the teams. The team has been awarded a cash prize of $180,000 (Rs 1.29 crores approx) and of course a giant trophy. A golden pan trophy was also awarded to the player of the tournament which was none other than Bigetron’s BTRZuxxy, although during the course of the tournament everyone was expecting BTRLuxxy to get the award.

The team was consistently on top of the table on all three days and looked quite confident and composed. During our interaction with Bigetron, the players said that they were playing safe during the prelim stages, and fired up their strategies only during the global finals. They are now planning to train harder, analyse other teams and further improve their gameplay for upcoming tournaments.

In the second spot was Top Esports from China with 197 points and a total of 3 chicken dinner victories. The team had a rough start on day 1 and were on the 7th spot. But they managed to get some kills on day 2 and 3 jumping to second place on the table. In third place was Mega Esports with a total of 191 points and 2 chicken dinners during the tournament.

As for the Indian teams, Entity Gaming ended the tournament in 5th place after being pushed down from the third spot of day 2. Country favourites SouL did manage to win a chicken dinner out of the 16 games, only to end at 11th position on the table. It is notable that India was the only country to be represented by two teams. 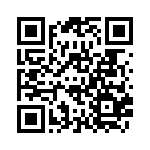 India is the Second Largest Smartphone Market After China