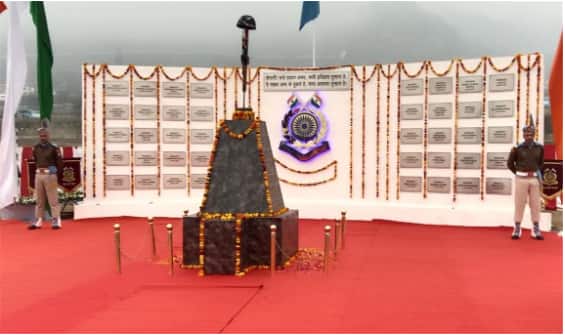 New Delhi: Union Home Ministry on Friday (February 14) held a high-level meeting on the anniversary of Pulwama attack and decided anyone can extend help to the families of martyred soldiers through ‘CRPF veer pariwar mobile’ application.

Notably, the app has been developed to show the financial benefits provided to the families of martyrs and it will also show other kinds of help provided to their families. On the occasion of CRPF Valour Day 2019, President Ram Nath Kovind had launched this app.

Earlier in the day, the Pulwama terror attack was at the centre of a bitter war of words between the opposition and the BJP with Congress leader Rahul Gandhi asking who benefitted from the strike and the ruling party accusing him of being a “known sympathiser” of terror groups LeT and JeM.

While the Congress, as well as the CPI-M, raised questions on accountability, the BJP hit back to say Rahul Gandhi was insulting the memory of the 40 CRPF personnel killed in Pulwama in Jammu and Kashmir on February 14 last year.

B-town celebs paid tributes to the brave hearts who lost their lives in the Pulwama terror attack on this day in 2019. Veteran actor and Dadasaheb Phalke Awardee Amitabh Bachchan took to Twitter and shared a post from his fan page and wrote, “On this day we remember them that sacrificed their lives so we could live …”

Akshay Kumar shared a post remembering and tweeted, “On the day of love, remembering those who showed greater love for their country…our #BharatKeVeer. Your sacrifice will always be remembered. My salute to the martyrs of #PulwamaAttack We did not forget, we did not forgive.”

John Abraham shared a collage of those who lost their lives in the attack and wrote, “Always in our hearts. Salute !! #respect #CRPF #PulwamaMartyrs #Pulwamaattack #IndianArmy”

Urmila Matondkar wrote, “Humble tribute to 40 CRPF martyrs who laid their lives for our country a year ago. You live in our hearts #PulwamaAttack #Pulwamamartyrs”.

Yami Gautam, who had featured in a film on armed forces, `Uri: The Surgical Strike` took to her Twitter handle and wrote, “February 14th, 2019 shall always remain an unforgettable date. Tribute to our brave CRPF jawans. Our tears should only make our voice, intention & actions stronger against terrorism. #PulwamaAttack”.

Twitterati also showed their gratitude and sympathy for the soldiers with Twitter stories and using hashtags like #CRPFJawans, #PulwamaMartyrs, #PulwamaAttack and #PulwamaNahinBhulenge.

President Ram Nath Kovind tweeted, “A grateful nation salutes the supreme sacrifice of our brave soldiers who lost their lives in the dastardly attack by terrorists in Pulwama, Jammu & Kashmir on this day last year. We remain firm in our resolve to defeat and eliminate terrorism in all its forms and manifestations.”

Prime Minister Narendra Modi tweeted: “Tributes to the brave martyrs who lost their lives in the gruesome Pulwama attack last year. They were exceptional individuals who devoted their lives to serving and protecting our nation. India will never forget their martyrdom.”

Home Minister Amit Shah tribute to Pulwama martyrs and wrote, “I pay homage to the martyrs of Pulwama attack. India will forever be grateful of our bravehearts and their families who made supreme sacrifice for the sovereignty and integrity of our motherland.”

Defence Minister Rajnath Singh tweeted, “Remembering the fallen @crpfindia personnel who were martyred during the dastardly attack in Pulwama (J&K) on this day in 2019. India will never forget their sacrifice. Entire nation stands united against terrorism and we are committed to continue our fight against this menace.”

“Our brave soldiers place themselves in harm`s way, committed to the safety & wellbeing of others ahead of their own. Nation should never forget the sacrifice of #PulwamaMartyrs. May their valour, commitment & dedication become an inspiration for all to build a secure nation,” wrote spiritual guru Sadhguru.

Apart from leaders, Bollywood personalities as well as netizens took to social media to pay their homage and tribute to the brave soldiers.

A user wrote, “Tributes to our bravehearts #PulwamaMartyrs, who laid down their lives for our nation. A salute in remembrance, to their valour, to their spirit.”

On February 14, 2019, 40 Central Reserve Police Force personnel were killed when a jeep laden with explosives hit a convoy of vehicles carrying security personnel on the Jammu-Srinagar highway at Lethpora in Pulwama. The jeep was driven by Jaish-e-Mohammed terrorist Adeel Ahmed Dar, inquiries revealed. 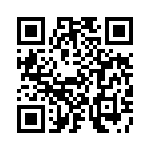