THE seriously famous always pose a problem for anyone wanting to re-explore their life and legacy. What is there left to say that someone hasn’t said before?

For science, with so few global celebrities, Marie Curie is one of the hard cases. She is known as the pioneer of radioactivity, the first woman to win a Nobel prize – and the first person to win two.

That was the challenge facing director Marjane Satrapi when she first thought about making a biopic of the Polish physicist and chemist. Curie was one of Satrapi’s two heroes while she was growing up in Iran around the time of the Iranian Revolution; the other was French writer Simone de Beauvoir.

Satrapi decided to base her film on the visual biography Radioactive, Marie and Pierre Curie: A tale of love and fallout by Lauren Redniss, which was adapted by screenwriter Jack Thorne. Drawing on the feel of the graphic biography and building a big picture of the implications of the Curies’ work gave Satrapi ideas she hoped would resonate today.

The film illustrates what Marie Curie described as the “spontaneous luminosity” of radium, with a print tinged with a fluorescent palette. Paris, where much of the movie is set, is bathed in a foggy, greenish glow.

With Rosamund Pike in the lead role, the film spans more than a century, from the 1870s to the 1980s. It opens at the end of Curie’s life, before flashing back to her younger days, starting with her first meeting (as Maria Skłodowska) with Pierre Curie (played by Sam Riley) in 1894.

Marie Curie was the first woman to gain a physics degree from the University of Paris. From the beginning, she was obsessive about her work. A female physicist in a field that was – and still is – dominated by men, her success was the result of that obsession and tireless work. “She’s an uncompromising character,” says Satrapi. “She’s not a perfect spouse and she’s not a perfect mother.”

This is spelled out quite literally with shots of her asleep in the lab and in defiant interviews with all-male academic panels. Pike gives the character a clipped, matter-of-fact way of speaking, but her performance is hampered by clunky, obvious dialogue. “I refuse to be grateful,” she says to Pierre Curie, when he invites her to work in his lab after a series of rejections by other scientists. In later scenes, she says: “I have been selfish my entire life,” and “I just want to do good science.”

The couple married in 1895, and the film takes us through the research that would lead to their joint 1903 Nobel prize in physics. Building on the work of Henri Becquerel, who had discovered that uranium salts gave off invisible rays in 1896, Marie Curie was interested in pitchblende, a mineral rich in uranium. She noticed it emitted much more of what she later termed radioactivity than uranium alone.

Radioactive is cleverly shot. It shows the unglamorous reality of aspects of science, such as grinding down tonnes of pitchblende to isolate its components, a process that led the couple to discover the elements polonium and radium.

The breakthrough turned the Curies into celebrities, and the comical radioactivity craze that followed is one of the film’s unexpected gems. “Anything you can imagine, they made with radioactivity,” says Satrapi.

The film presents a slide show of historical objects so absurd it is difficult to believe they existed: radioactive matches, chocolate, toothpaste, beauty powder, cigarettes and so on.

Like the film’s Marie Curie, who lies in bed cradling a luminous green vial, the public was captivated by radium’s glow-in-the-dark properties. “A radium-based paint called ‘Undark’ was applied on everything from doorbells and house numbers to signs in mines, fishing lures, and on eyes on toy dolls,” writes Nate Hendley in his 2016 book, The Big Con.

In 1904, a piece of musical theatre called Piff! Paff!! Pouf!!! took to the boards. It included a “Radium Dance”, featuring dancers in the dark, clad in outfits decorated with radium paint.

“Other frightening uses of the element included radium condoms, suppositories, and facial cream,” writes Hendley. People were even widely encouraged to drink water from receptacles lined with radium-infused clay.

There were early intimations that radiation could be used to shrink tumours, but its adverse health effects were unknown. Marie Curie kept vials of materials in her pockets and desk drawers. Astonishingly, more than a century later, her notebooks are still too radioactive to be handled without protective clothing.

“There are those that say my radium is making them sick,” she says in the film. Though troubled by reports that linked radiation to sickness, the real Curie reportedly never fully admitted that her research was behind her own ill health. She died aged 66 of aplastic anaemia, a condition often caused by radiation exposure.

The emphasis on the consequences of radioactivity’s discovery, both beneficial and catastrophic, was essential for Satrapi. “One question that is very important for me is ethics in sciences,” she says. For her, if the purpose of science is to discover the secrets of nature, the real problem is what humans do with our discoveries.

Throughout Radioactive, we periodically jump forward in time. One leap is to 1957, when Gordon Isaacs became the first person to be successfully treated with a linear accelerator (essentially targeted radiation therapy), for a type of eye cancer called retinoblastoma.

Then on to Operation Nougat, a series of nuclear tests conducted in Nevada beginning in 1961, and the 1986 Chernobyl nuclear power plant disaster.

Parts of Pierre Curie’s prescient Nobel lecture, delivered in 1905, are included almost verbatim. “It can even be thought that radium could become very dangerous in criminal hands, and here the question can be raised whether mankind benefits from knowing the secrets of nature.

“The example of the discoveries of Nobel is characteristic, as powerful explosives have enabled man to do wonderful work. They are also a terrible means of destruction in the hands of great criminals who are leading the peoples towards war,” he says.

Poignantly, the speech is interspersed with a highly stylised scene of the atomic bomb dropping onto Hiroshima in 1945. It ends: “I am one of those who believe with Nobel that mankind will derive more good than harm from the new discoveries.”

Scientific progress has never been without a seriously dark side. The impact of the Curies’ discoveries reminds us of the German chemist Fritz Haber, whose work on synthesising ammonia created both modern warfare and the fertiliser that better enables us to feed the world.

The atomic bomb is perhaps one of the Curies’ dark legacies. “The bomb has more to do with the discovery of nuclear fission,” says Satrapi. “But that said, if you don’t discover radioactivity, how do you discover nuclear fission?”

Overall, Radioactive is stronger in its ethical provocations than in the emotional resonance of its characters. The repercussions of the Curies’ research into radioactivity are allowed to speak for themselves, but the actors can only breathe so much life into what are sketches of people.

Perhaps this is the inevitable result of a struggle, especially in the case of Marie Curie, to reimagine someone we feel we know so well.

Yet, in its earnest, imperfect manner, the film portrays a luminary whose legacy remains undimmed. 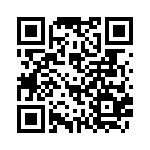