Rahul Gandhi has was allegedly pushed by police on way to Hathras.

Congress leader Rahul Gandhi was pushed and fell to the ground in a tussle with the Uttar Pradesh police after he, his sister Priyanka Gandhi Vadra and scores of party workers were stopped from marching on the Delhi-Noida highway on their way to Hathras to meet the family of the gang rape victim who died on Tuesday.

The Gandhis were detained for violating a ban on large gatherings. “I am standing here peacefully. I will go alone then. I will walk alone from here to Hathras,” Rahul Gandhi told the police.

Visuals showed the Congress MP being pushed and shoved as he tried to resist the police. In the clash, the 50-year-old was seen falling to the ground. Other Congress leaders helped him up.

Priyanka Gandhi alleged that she was also pushed and there were attempts to throw her to the ground.

“Why are you arresting me? What are the grounds for the arrest? What law am I violating,” Rahul Gandhi said in a heated exchange with policemen, who said that they were charging him with “Section 188” – a law on defying official orders.

Rahul Gandhi and Priyanka Gandhi Vadra were travelling to Hathras in a convoy when their vehicles were stopped in Noida near Delhi, at a point around 142 km from their destination.

They both got off their car and started marching with Congress workers. Soon, a large contingent of UP policemen blocked their way and tried to push them back.

Ahead of the Congress leaders’ planned visit, the UP administration this morning enforced a ban on large gatherings and put up barricades at the borders citing the coronavirus. Roads to Hathras were also blocked.

Other political parties condemned the incident and came out in support of the Gandhis.

“Reckless behavior of UP police towards Congress leader Rahul Gandhi is extremely condemnable. It is reprehensible for those who are supposed to uphold the law to trample upon democratic values in such a manner,” tweeted NCP leader Sharad Pawar.

RJD leader Tejashwi Yadav wrote: “It is the duty and democratic right of the Opposition parties to protest against every indiscriminate misuse of power by the oppressive regime! Voice and will of the people cannot be silenced or suppressed! We unequivocally condemn the arrest of Rahul Gandhi and Priyanka Gandhi (sic).”

Uttar Pradesh Minister Siddharth Nath Singh dismissed the Gandhis’ protest as a publicity stunt. “It is a photo-op by the Gandhis,” he told NDTV. 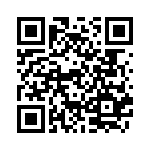