The Reserve Bank on Tuesday asked the private sector and foreign banks to intimate it six months in advance in cases of re-appointment of managing director and chief executives as against the present practice of four months. It also provided a relief to banks by reducing the number of names required to be mentioned in cases of fresh appointments of MD and CEOs to two, from the three earlier.

The changes in the norms governing the appointment of c-suites in the banks come in the aftermath of interventions by the RBI in the last two years when it comes to pushing out incumbents in private sector lenders and also reluctance for a re-appointment at a foreign lender.

They also come even as largest private sector lender HDFC Bank is likely to announce the name of its founding MD and CEO Aditya Puri’s successor soon.

In a communication to the banks, the RBI said proposals for appointment of a new MD and CEO or CEO should contain a panel of at least two names in order of preference and the same should be submitted at least four months before the expiry of the term of office of the incumbent.

In cases of re-appointment, the proposal should be submitted six months in advance as against four months earlier, it said.

The RBI has also modified the prescribed formats under which such proposals are to be submitted by the banks, which were updated last in 2011.

The revised forms aim to enhance disclosure and improve transparency, get more clarity in the information being sought and is aligned to the requirements of the Companies Act, 2013. 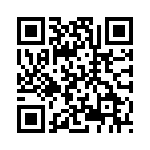