The Reserve Bank on Tuesday reallocated portfolios of deputy governors, with the Department of Regulation being entrusted to M K Jain. The move was necessitated as N S Vishwanathan demitted office on Tuesday, an RBI communique said. Among Vishwanathan’s portfolios, regulation goes to Jain, a career commercial banker-turned-central banker, while inspection will be taken care of by B P Kanungo.

Kanungo, a career central banker whose term was extended on Tuesday, will also oversee the coordination function, while risk monitoring will go to Jain.

Jain will also take care of communication, while enforcement and secretary departments will be headed by Kanungo, the RBI said. Kanungo, Jain and the third DG Michael Patra will continue to hold their earlier portfolios. 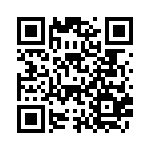