Welcome to 2021. Following a thrilling finish to a wild and unpredictable 2020 campaign, a new season has dawned on the ATP Challenger Tour. While the initial stages might appear different than years past, the battle to become the next breakout star remains the same.

In a typical year, the stars of the Challenger circuit would be descending on tropical Noumea and sun-kissed Australia in January. But with the COVID-19 pandemic continuing to impact the world, players are adjusting and adapting to a new setting to kick off their campaigns. This week, snowy Istanbul is the site of the ATP Challenger Tour’s opening tournament. The indoor hard courts of the TED Sports Club play host to the Istanbul Indoor Challenger.

Coming off breakthrough seasons in 2020, #NextGenATP stars Lorenzo Musetti, Brandon Nakashima and Thiago Seyboth Wild enter 2021 looking to take the next step in their bids to crack the Top 100. For the trio, the journey to the Next Gen ATP Finals begins in Istanbul.

At No. 129 in the FedEx ATP Rankings, 18-year-old Musetti is the youngest player in the draw. The Italian teen opens against Serbia’s Danilo Petrovic, with third seed Antoine Hoang looming in his quarter of the draw. Nakashima, who closed 2020 with a maiden Challenger title in Orlando, faces Turkish No. 1 Cem Ilkel on Tuesday. A potential Orlando final rematch against Prajnesh Gunneswaran awaits in the second round. Nearly one year removed from his breakthrough ATP Tour title in Santiago, Brazil’s Seyboth Wild enters the year at No. 118 in the world. Seeded second this week, he opens against Mohamed Safwat in the final match of Day One.

Also competing in Istanbul is front-runner Daniel Elahi Galan, who reached the third round at Roland Garros in October and capped 2020 with a title on the clay of Lima, Peru. He joins Seyboth Wild, Hoang and Argentina’s Facundo Bagnis as the Top 4 seeds in the Turkish metropolis. The Colombian opens against a qualifier on Tuesday.

Marc-Andrea Huesler is one of the unseeded players that no one wants to face in Istanbul. The Swiss was the only player to win on multiple surfaces a year ago, prevailing on the outdoor clay of Sibiu, Romania and indoor carpet courts of Ismaning, Germany. One of the hottest players on the planet in the latter months of 2020, Huesler also streaked to the semi-finals at the ATP 250 stop in Kitzbuhel, where he earned his first Top 20 victory over Fabio Fognini. He looms large in a loaded top half of the draw, with Guido Andreozzi his first-round opponent and Bagnis, Nakashima, Gunneswaran and China’s Zhang Zhizhen also in his quarter.

One of the ATP Challenger Tour’s longtime stalwarts, the city of Istanbul celebrates its 31st consecutive year on the circuit. The TED Sports Club also hosts an annual outdoor hard-court event in September, with future Top 10 stars Nikolay Davydenko (2001), Robin Soderling (2003) and Karen Khachanov (2015) among its past champions. Founded in 1936, the club is both the oldest and largest tennis facility in all of Turkey. 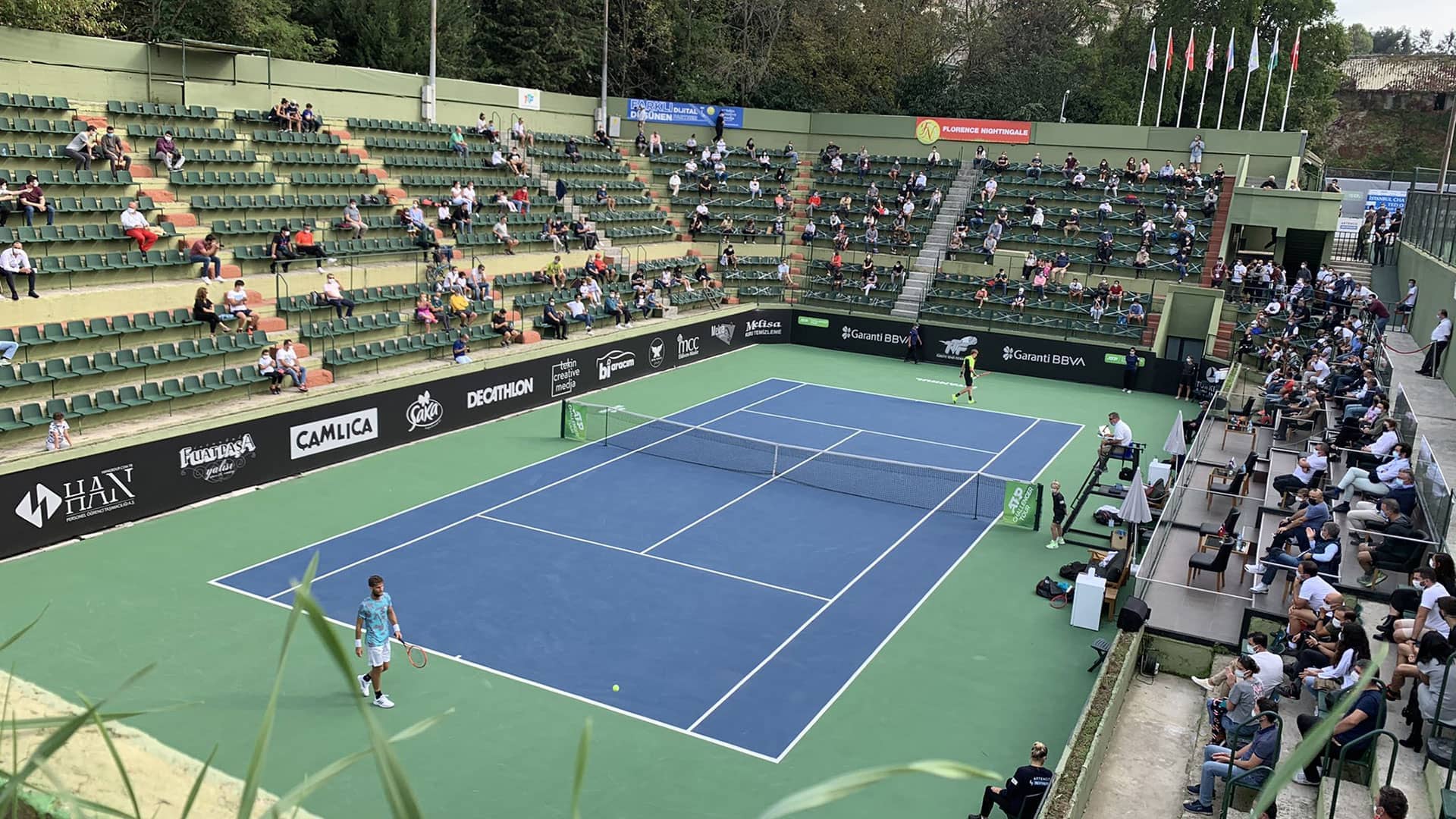