In the semifinal of the 2019 World Cup, Rishabh Pant came in at a time when India desperately needed a partnership. The young wicketkeeper-batsman, who was only 8-ODI old at the time, played his part impressively. He shouldered the responsibility with his partner, Hardik Pandya, to smoothen India’s innings after the early blows.

However, his instincts eventually got the better of him, as he succumbed to the glory of putting the ball across the boundary. He was eventually caught out on midwicket, and was denied of a chance to built upon the momentum. All the hard work was undone within seconds.

Skipper Virat Kohli, in the post-match conference, defended Pant, stating that young cricketers make such mistakes, and that is how they learn.

Pant, in an interview with Hindustan Times after the World Cup, also defended his style of play. “I always play according to situation. I don’t know what people say, because I don’t read newspapers much. The only thing I am focusing on is that I have to play according to the situation, see what the team needs from me and how I can make the team win,” he said.

Ahead of the T20I series, Virat Kohli stressed on the magnitude of the opportunity for Rishabh Pant. Yet, in the first match of the series on Saturday, Rishabh Pant showed a similar recklessness, and worse – on the very first ball he faced.

India was facing a meagre target of 96, but had lost both of their openers. The conditions were clearly not suitable for flamboyant strokes, and yet, Rishabh Pant let his instincts free. He was caught in a similar way to his dismissal against New Zealand – he sat down on one knee and swept the ball to the midwicket boundary.

The Indian captain was left fuming on the non-striker’s end, and reasonably so. The team management has entrusted Pant with the task of succeeding MS Dhoni, and the young wicketkeeper-batsman has already made a significant impact in the longest format of the game.

“It’s a great opportunity for someone like Rishabh Pant to really play a lot of international cricket, show his credentials, really unleash his potential at this stage,” Kohli said on Friday.

“We know how much ability he has and we all want him to become a consistent performer for the Indian cricket team. MS Dhoni’s experience is always going to be a very crucial factor but having said that some of these younger guys have a great opportunity ahead of them and they should just look forward to it.”

With such backing, it would be a shame if Rishabh Pant, with all the talent he has, fails to step up. 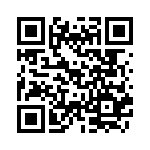