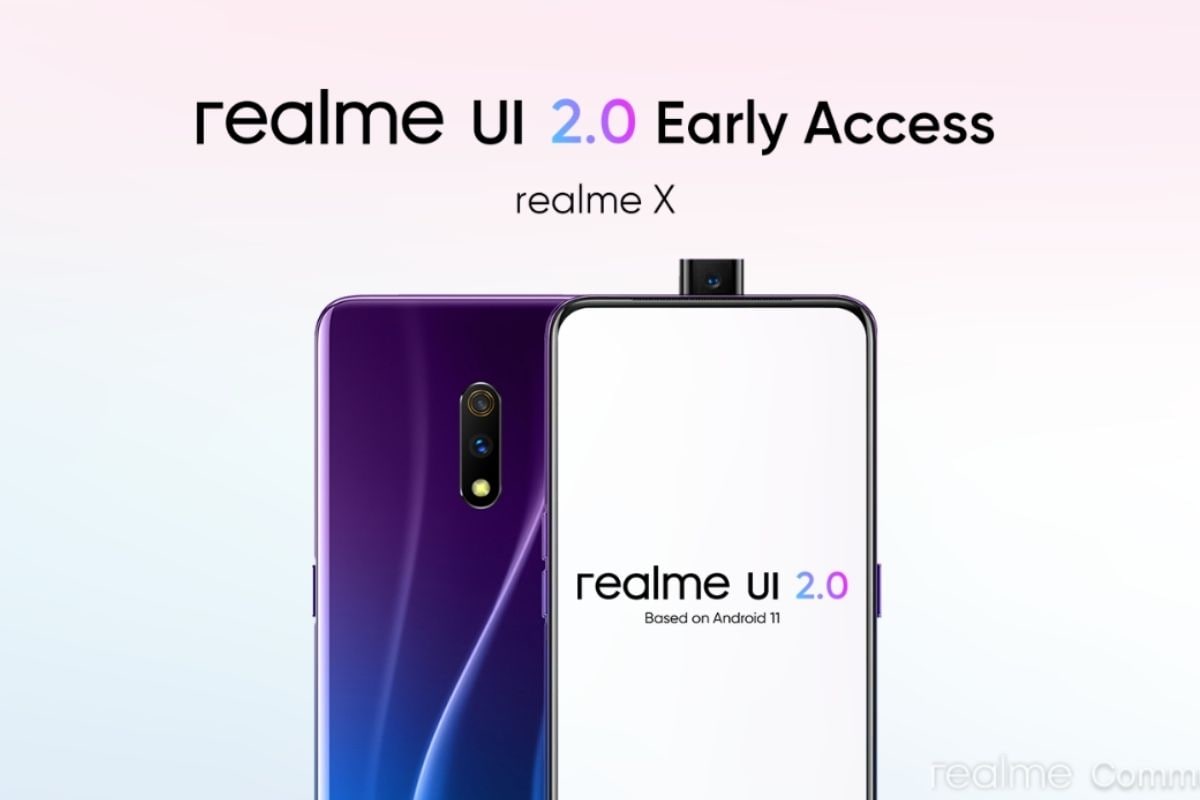 Realme has started rolling Android 11-based Realme UI 2.0 beta for Realme X that debuted in India in July 2019 with ColorOS 6 based on Android Pie. The company has opened early access to the beta version in batches, and users can now enjoy all Android 11 features, improved security, enhanced performance, and more following the update. The next-gen software iteration for Realme smartphones carries Global Theme Colour, AoD (always on display) and Dark Mode improvements, and Icon and Font customisations. It carries a Floating Window feature to allow users to operate multiple apps simultaneously.

Realme says that Realme X users must ensure at least 5GB of free storage, and the device must also not be rooted before the Realme UI 2.0 beta update. The Chinese tech company advises users to take a backup of their personal data before proceeding with the installation, as it is still an early preview of the software. It further notes that the smartphone may not always receive the software version in the first go due to “unpredictable factors such as network communication and strategy adjustment.” In case the software update is not received, Realme suggests users wait for the official release. The software update also requires the phone to have at least 60 percent battery. Realme X users in India can apply for the Android 11-based Realme UI 2.0 early access by heading to the phone’s Settings > Software Update > Tap on the settings icon in the top right corner > Trial Version > Submit your details > Apply Now. Users need to make sure that the device is running on the required UI version of RMX1901EX_11.C.11. If users are unsatisfied with the beta version, they can also roll back to the previous stable iteration. “You can’t be back to the Early Access version once you roll back,” Realme cautions.

To start the rollback process, download the rollback package on your phone and remember the location. Then turn off the Realme X7 Pro 5G > Long press the volume down and power buttons at the same time enter recovery mode > Choose the language > Install from storage > Input your screen locked password > Find and tap the rollback package to back to the previous version. The Realme X was a notable device at its debut, and it came with a pop-up selfie camera. It carries a price tag of Rs 20,999 for the 8GB RAM + 128GB variant.