Normally, people pay to use the swimming pools at Lift Sopot, a recreational club at the foot of the Balkan Mountains in Bulgaria. But this guest isn’t just anyone.

A couple of months back, staff there began noticing that someone was repeatedly dropping by the pool to take an unauthorized dip. The pool had been closed for the season, yet this was happening several times a week, always after-hours.

It was a bear — and he was having a blast.

Rather than attempt to dissuade the bear from swimming there, staff at the facility took a much kinder approach. Seeing how much joy the pool gave him, and noting he wasn’t causing any trouble, they decided instead to grant him free membership to the club.

The water-loving bear was even given a name: Swimmy.

“He is welcome to come,” Albina Yasinskaya, spokesperson for Lift Sopot, told The Dodo. “Swimmy is loved by all amongst our staff.”

Here’s a video of Swimmy in action, including a composite of his pool escapades:

Fortunately, no one is around to bother the bear when he makes his visits, and he always returns to the surrounding forest without incident. In some ways, he’s a model member of the rec club.

“He prefers swimming in the evenings, when the pool is glowing with lights,” Yasinskaya said. “The only complaint we have is the fact that he doesn’t take a shower before swimming.” 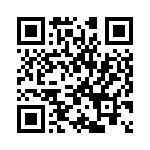