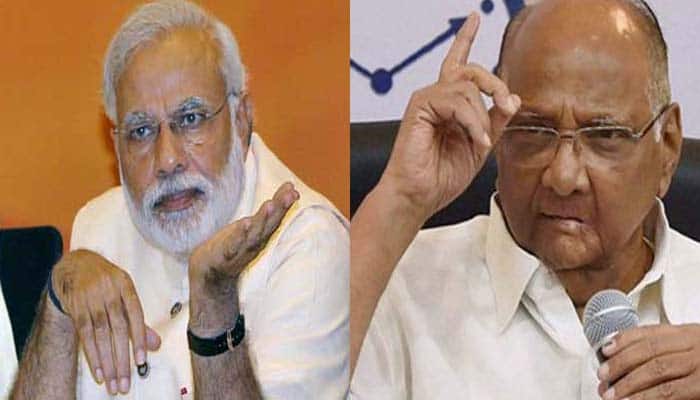 Three days after the climax of month-long political drama in Maharashtra, Nationalist Congress Party (NCP) supremo Sharad Pawar on Monday (December 2) claimed that Prime Minister Narendra Modi had suggested “working together” but he refused the proposal. Pawar also revealed that reports on cabinet berth being offered for his daughter Supriya Sule, who is an MP from Baramati in Maharashtra, were true.

The Maratha strongman, who is famous for his wily political moves, rejected claims that PM Modi offered to make him the next president of India. It may be recalled that Pawar had met PM Modi on November 20 amid the ongoing political stalemate in Maharashtra sparking a political debate over his intentions.

Pawar made these startling revelations in an interview to a Marathi TV channel. The Maratha strongman broke his silence days after his nephew Ajit Pawar decided to support BJP leader and former chief minister Devendra Fadnavis to form the government in Maharashtra. Ajit’s experiment with the BJP, however, proved futile as the government failed to prove the majority and the government fell down in 80 hours.

Talking about Ajit’s rebellion when he took oath as the deputy chief minister on November 23, Pawar said that his decision was unpardonable. “I later told him what he did was unpardonable. That anybody (doing so) will have to bear the consequences and you are no exception,” he said.

Pawar, however, stressed that there ar emany NCP leaders who still have faith in Ajit and his ability to get things done. “At the same time there is a big section (in NCP) which has ‘asthaa’ (faith) in him… He gets things done,” Pawar said.

The NCP chief also explained whu Ajit did not take oath as deputy chief minister when Shiv Sena chief Uddhav Thackeray was sworn in as Maharashtra CM on November 28 and said that it was done because of Ajit’s unilateral decision to support Fadnavis.