Young people who are given a religious upbringing at home by both parents have the strongest faith in the almighty throughout their adolescence, say researchers, adding that distancing from and wavering in faith are also less likely among them.

They are also clearly different from their peers who are given a religious upbringing by one parent only, or by neither, the study said.

The 10-year longitudinal study, published in the British Journal of Religious Education, explored changes in faith in transition to adulthood from the viewpoint of religious upbringing at home.

The participants aged 14-15 were followed up until they reached the age of 25.

“In roughly half of the young people studied, their faith remained fairly stable from the age of 15 to the age of 25,” said study researcher Kati Tervo-Niemela from the University of Eastern Finland.

“However, one in three became more distant from faith, both according to their own assessment and a longitudinal analysis. One in seven felt they had become closer to God or that their faith had become stronger,” Tervo-Niemela added.

“Many of the young people studied said that they were surrounded by a non-religious atmosphere everywhere, including among friends and family,” Tervo-Niemela said.

Young people who were not given a religious upbringing at home were also more likely to become distant from faith after the confirmation period, although this period was often experienced as faith-growing, the study said.

The findings highlight the importance of both parents as role models in a young person’s religious growth.

“Overall, the findings strongly indicate that a young person’s faith isn’t born and doesn’t grow in a vacuum: it needs supporting experiences and people who give an example of what it is like to have faith,” Tervo-Niemela noted. 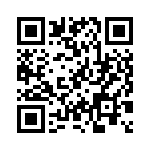 India firm, won’t step back from areas where Chinese troops have intruded – Times of India