Editor’s Note: ATPTour.com is resurfacing features to bring fans closer to their favourite players during the current suspension in tournament play. This story was originally published on 30 March 2018.

Pete Sampras held a slender lead in the FedEx ATP Rankings, such that as the world’s best players hit U.S. soil in March 1998, more than 10 players with a decent run in the California and Florida sunshine, could, theoretically, have risen to No. 1. Marcelo Rios, the exquisitely talented Chilean, whose popularity in his homeland was second only to footballer Marcelo Salas, was one such player at No. 7 on the professional tennis ladder. Rios, on 2,777 points, sat 939 points behind World No. 1 Pete Sampras, who, for much of the past five years, had been the sport’s leader.

In the space of 20 extraordinary days, as many years ago, the pony-tailed Rios harnessed not only his natural talent, but also a so-far untapped mental resolve to play some of the best tennis of his career and capture the Indian Wells-Miami title double. A feat achieved, at that point, by only a trio of Americans: Jim Courier (1991), Michael Chang (1992) and Sampras (1994). Andre Agassi (2001), Roger Federer (2005-06, ’17) and Novak Djokovic (2011, 2014-16) have since completed the ‘Sunshine Double’.

In doing so, Rios, who had been junior World No. 1 as a 17-year-old, rose to the summit of the professional game on 30 March 1998. “One of my goals was to be No. 1 in the juniors,” Rios told ATPTour.com. “I think it was a big step going from junior to professional, but in my first year I already broke into the Top 100 and aged 22 I became No. 1. Everything was really fast.” At 5’9”, Rios was the first Latin American and also the shortest of the 14 players (in 1998) to have led men’s professional tennis since 1973.

“Sampras had been No. 1 for a long time, most of the past five years, so it was a big achievement to win two ‘Super 9’ [now ATP Masters 1000s] in a row beating great players. Beating Agassi in Miami, his own country, was obviously one of my the best matches that I always will remember.”

Speaking to ATPTour.com, former World No. 1 Stefan Edberg admitted, “I actually practised with him quite a few times. I can remember he surprised me a lot in the way he was striking the ball. He was very quick and very talented. He had a great streak, when he played some fantastic tennis, and was very gifted to watch.”

Another former World No. 1, Carlos Moya, recalled to ATPTour.com, “He was a different player, you could see that from the first moment you saw him on court. He was probably the most talented player I ever saw. You could enjoy watching him a lot. He was great for tennis, had a different style of playing and was very talented.”

Fleet of foot, striking first and imposing his baseline game, the sport’s most naturally gifted competitor since John McEnroe first clinched the 1998 BNP Paribas Open title on 15 March after beating Greg Rusedski, who’d hit a record 149 miles per hour serve in the semi-finals, 6-3, 6-7(15), 7-6(4), 6-4 in two hours and 46 minutes. Rios’ variance of topspin, slice and great disguise proved to be too accomplished for Rusedski to outhustle. Opponents often attempted to rile the Chilean by getting him off balance, with a variety of angles and speeds. Rios had also beaten Petr Korda, the player he’d lost to in January’s Australian Open final, in the Indian Wells quarter-finals.

In losing just one set all week — the second set of the final, which, historically, was the longest tie-break of 1998 — 22-year-old Rios moved up four places to No. 3 in the FedEx ATP Rankings on 3,235 points. Having finished 1997 at No. 10, Rios now sat behind Korda (3,432) and Sampras (3,761). Incredibly, Sampras’ third-round loss to Thomas Muster in Indian Wells meant that should the American lose before the Miami quarter-finals, then Korda, Rios, Patrick Rafter or Rusedski, up to No. 5, would rise to the top spot.

Days later at Crandon Park in Miami, where humidity so often plays its part in on-court performance, left-handed Rios eased his way past Hendrik Dreekmann in the first round, just as he did at Indian Wells, then Tommy Haas, Goran Ivanisevic, Thomas Enqvist and Tim Henman by cutting down his error count and going for placement over power. Knowing Sampras had lost to South African Wayne Ferreira 0-6, 7-6(8), 6-3 in the Miami third round, third seed Rios knew what was on the line. “The way he hit the ball and the way he saw the angles of the court, was like nobody else could do,” Enqvist told ATPTour.com.

In the sun-kissed 29 March final, the third seed competed nerve-free against three-time former champion Agassi, who had risen from No. 141 to No. 22 in just eight events and led the Tour with a 24-3 start on the season. Rios’ path to glory, including his 7-5, 6-3, 6-4 victory over Agassi in one hour and 57 minutes, which knocked off Sampras at No. 1 after 102 consecutive weeks, triggered rapturous celebrations on the streets of Chile, a nation that had witnessed every match live on television.

“Being the best player in the world for Chile is something that isn’t normal,” said Rios, at the time. “I feel really proud.” To celebrate, his then manager Jeff Schwartz and coach Larry Stefanki tossed Rios into a swimming pool and, days later in Santiago, there was a reception leading Rios to Chile’s President Eduardo Frei Ruiz-Tagle (1994-2000) on La Moneda Palace. “We don’t have a lot of sportsmen in Chile, so being No. 1 in tennis was pretty big,” Rios told ATPTour.com, 22 years on. “It was not a big sport at that time.”

Any hope Rios had of holding onto No. 1 was soon scuppered by an elbow injury, which kept Rios off the circuit for four weeks. He relinquished the top spot to Sampras on 26 April 1998. Although he returned to win the Internazionali BNL d’Italia in May and spent a further two weeks at the summit from 10 August, injuries soon mounted. In April 2004, six years after winning the 1998 Indian Wells and Miami titles to become No. 1 in the FedEx ATP Rankings, Rios played his last professional match. A back problem had curtailed his career aged just 28. 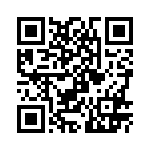