Editor’s Note: But for the COVID-19 pandemic, Roland Garros would now be underway. During the next two weeks ATPTour.com will look back on memorable matches and happenings at the clay-court Grand Slam, which tournament organisers are now hoping to stage in September. This story was originally published on 4 June 2019.

Michael Chang wasn’t trying to start a trend when he hit the most famous underhand serve in the Open Era at Roland Garros 30 years ago. Chang, 17 and cramping, was trying to survive.

The American was facing three-time champion and World No. 1 Ivan Lendl in the fourth round, and the two were mired in a fifth set. Chang, serving at 4-3, 15/30, decided to do something different.

At the start of his service motion, he kept his racquet down, slipped the ball out of his hand and sliced an underhand serve. Lendl charged forward and smacked a forehand, but Chang won the point and changed the match.

“It created a very interesting element to the match and certainly made the battle, not only physical, but mental as well,” Chang told ATPTour.com in Paris.

But during his 16-year career, he never again hit an underhand serve, despite its success. “It actually never crossed my mind to ever use it again, strangely enough,” he said.

Others, however, have happily borrowed the trickery. Aussie Nick Kyrgios used it against Rafael Nadal en route to his Acapulco title in February, and last week at Roland Garros, Alexander Bublik deployed the tactic a few times against Dominic Thiem.

The servers rely on the element of surprise: just as they’re beginning their usual service motion, they jut out of their take back and drop the ball out of their hand. Catch a player off guard, and you can win the point, or, as Chang did, alter the match.

Kyrgios and Bublik weren’t struggling with cramps, though; they saw their opponents standing far beyond the baseline, nearly pressed against the back wall, and chose to start the point with a drop shot.

“To be honest, it’s a good choice against players like us who are that far behind the baseline,” Thiem said. “There is nothing bad about it. And I was prepared for that, so that was no problem.”

The 2018 Roland Garros finalist hasn’t practised racing forward, but he was expecting the serve against Bublik, who went to net 71 times (41/71, 57%) and tried to keep Thiem off rhythm during their second-round match.

“At least he didn’t hit me an ace, but I think he won two out of three,” Thiem said. “Some players do it well, him, Kyrgios. And against these guys you have to be prepared to sometimes make a sprint when you return.”

Roger Federer has thought about using it many times, and although he hasn’t yet, he supports the surprise shot.

“Underarm is definitely a tactic, I believe, especially when guys are hugging the fence in the back… Why not try it?” he said earlier this year. “The problem is in practice, you never really try it. When you come out in the big stage in front of a full crowd, tricky to pull off.”

At Roland Garros, Federer added, with a smile: “Anything in the rules is OK.” 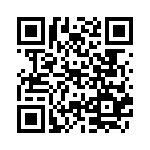