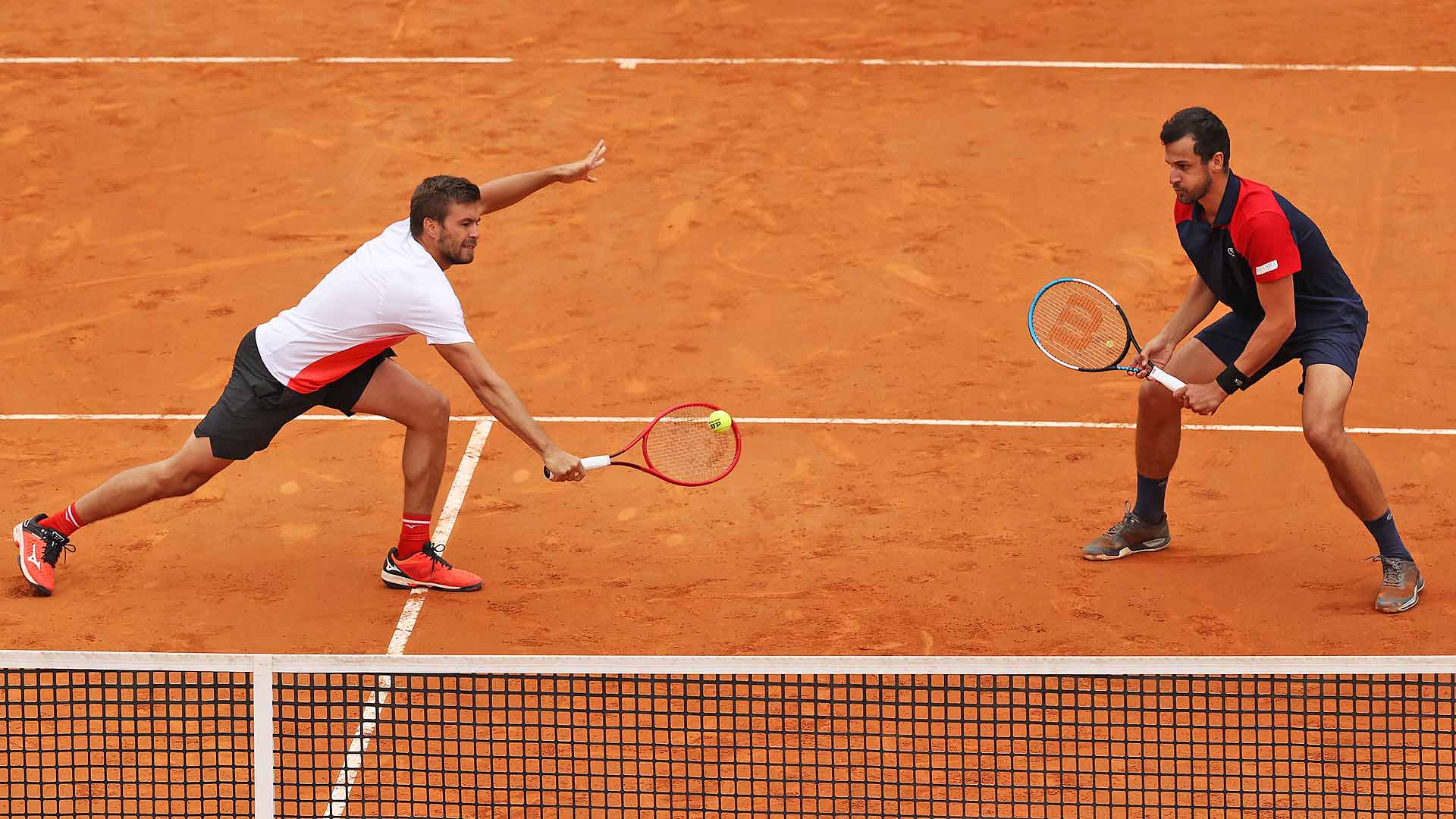 Nikola Mektic and Mate Pavic will pursue their first Grand Slam title as a team at Roland Garros.

The Roland Garros doubles draw was released on Sunday, and top seeds Nikola Mektic and Mate Pavic will be the favourites. The Croatians lead the FedEx ATP Doubles Team Rankings by 2,615 points following a red-hot start to 2021.

Mektic and Pavic have lifted six ATP Tour trophies this year, including three ATP Masters 1000 titles. They will play 2016 champion Feliciano Lopez and his partner, Jaume Munar, in the first round.

Second seeds Juan Sebastian Cabal and Robert Farah, who have made the semi-finals in three of the past four years in Paris, will face a stiff opening test against British brothers Ken Skupski and Neal Skupski in their opener.

Another interesting first-round encounter pits ninth seeds Kevin Krawietz and Horia Tecau against Ariel Behar and Gonzalo Escobar, who triumphed in Delray Beach and Marbella earlier this season. Krawietz has won the past two Roland Garros titles with Andreas Mies, who is recovering from right knee surgery.

Australian Open champions Ivan Dodig and Filip Polasek are seeded fifth and they will play Andres Molteni and Frederik Nielsen. This tournament also marks the return of a longtime successful partnership, Lukasz Kubot and Marcelo Melo, who had competed with different partners earlier in 2021.