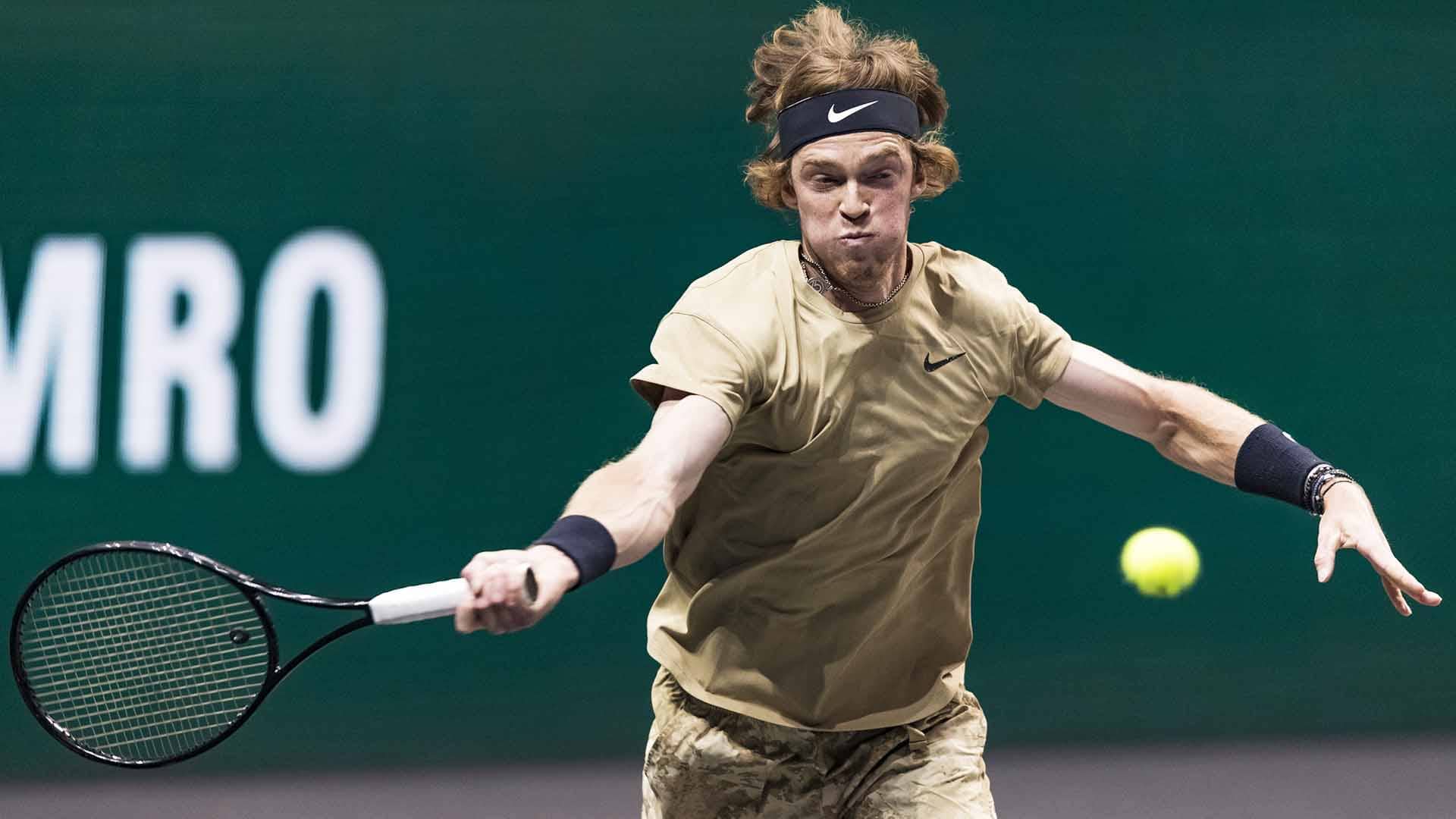 Andrey Rublev overcame an early test to beat Andy Murray 7-5, 6-2 on Wednesday and reach his third quarter-final at the ABN AMRO World Tennis Tournament in Rotterdam.

The Russian fired 24 winners and committed just 12 unforced errors to win regular baseline battles with the former World No. 1. Rublev’s victory extends his consistent record at this event in recent years. The World No. 8 also reached the quarter-finals at the ATP 500 in 2018 and 2020.

Rublev has won 17 straight matches at ATP 500 events. The 23-year-old is attempting to capture his fourth straight title at ATP 500-level. Rublev claimed the trophy in each of his final three ATP 500 appearances of 2020 (Hamburg, St. Petersburg and Vienna).

You May Also Like: Lajovic Ends Medvedev’s Shot At No. 2 In Rotterdam

The Russian, who owns a 10-1 record this year, will face David Goffin or Jeremy Chardy for a place in the semi-finals. Rublev’s only loss so far this season came against countryman Daniil Medvedev in the Australian Open quarter-finals.

In a tight opening set, Rublev made the crucial move at 5-5. The fourth seed rushed Murray with deep forehand returns and moved up the court well to pressure his opponent. Murray committed two double faults to hand Rublev the first break of the match. Rublev saved two break points as he served for the set and he dictated rallies with his forehand to clinch the opener in just over an hour.

Rublev continued to push Murray into defensive positions and used his forehand to end rallies. The seven-time ATP Tour titlist closed the match with his 14th forehand winner of the match.

That Way To The Quarters! Defending Champ Fognini Advances