Casper Ruud moves into the semi-finals in Buenos Aires without dropping a set.

Eighth seed Casper Ruud continued his blistering form this week at the Argentina Open in Buenos Aires, charging into the semi-finals on Friday with a convincing 7-5, 6-1 win over third-seeded Serbian Dusan Lajovic.

Both players remained even throughout much of the first set, but the 21-year-old Norwegian found a new gear and won eight of the last nine games. Ruud has dropped just 12 games across his first three rounds to move into his fifth ATP Tour semi-final, all of which have come on clay.

Awaiting him in the last four is Juan Ignacio Londero, who upset second seed Guido Pella 6-4, 7-6(4) in an all-Argentine battle. Londero saved two set points on his serve at 4-5 in the second set with clean forehand winners, then grabbed the last three points of the tie-break to advance in one hour and 55 minutes. He moves to 2-0 against Pella in their ATP Head2Head series, having defeated him in last year’s championship match in Cordoba. 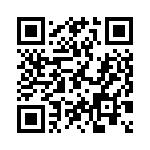