Sachin Pilot wants four of his loyalists, who are camping with him in Delhi in his revolt against Rajasthan Chief Minister Ashok Gehlot, to be made ministers in the Rajasthan government. Sources have told India Today TV that Congress leader Rajiv Satav will reach Jaipur from Delhi with Sachin Pilot’s message to the Ashok Gehlot camp. There are two more demands. Apart from seeking cabinet berths for four of his loyalists, Sachin Pilot has demanded home and finance departments for his camp. The third thing that Sachin Pilot wants is to retain the PCC chief post.

Earlier in the day, sources privy to the developments have said that if the revolt continues and the rebel MLAs fail to attend the legislative party meeting, Congress leader Raghuveer Meena could replace Sachin Pilot as the PCC President. 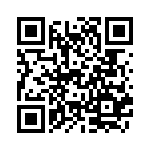