Ajay Devgn revealed Saif Ali Khan’s brooding avatar from their period drama ‘Tanhaji: The Unsung Warrior’. The actor plays the character of Udaybhan Rathod, the antagonist who fights against Shivaji Maharaj and his army during the battle of Sinhagad. Saif’s menacing look as he posed with a sword quickly reminded fans of a popular TV character Jon Snow. Social media users started pointing out the striking similarity in Saif Ali Khan’s style and that of Jon Snow. 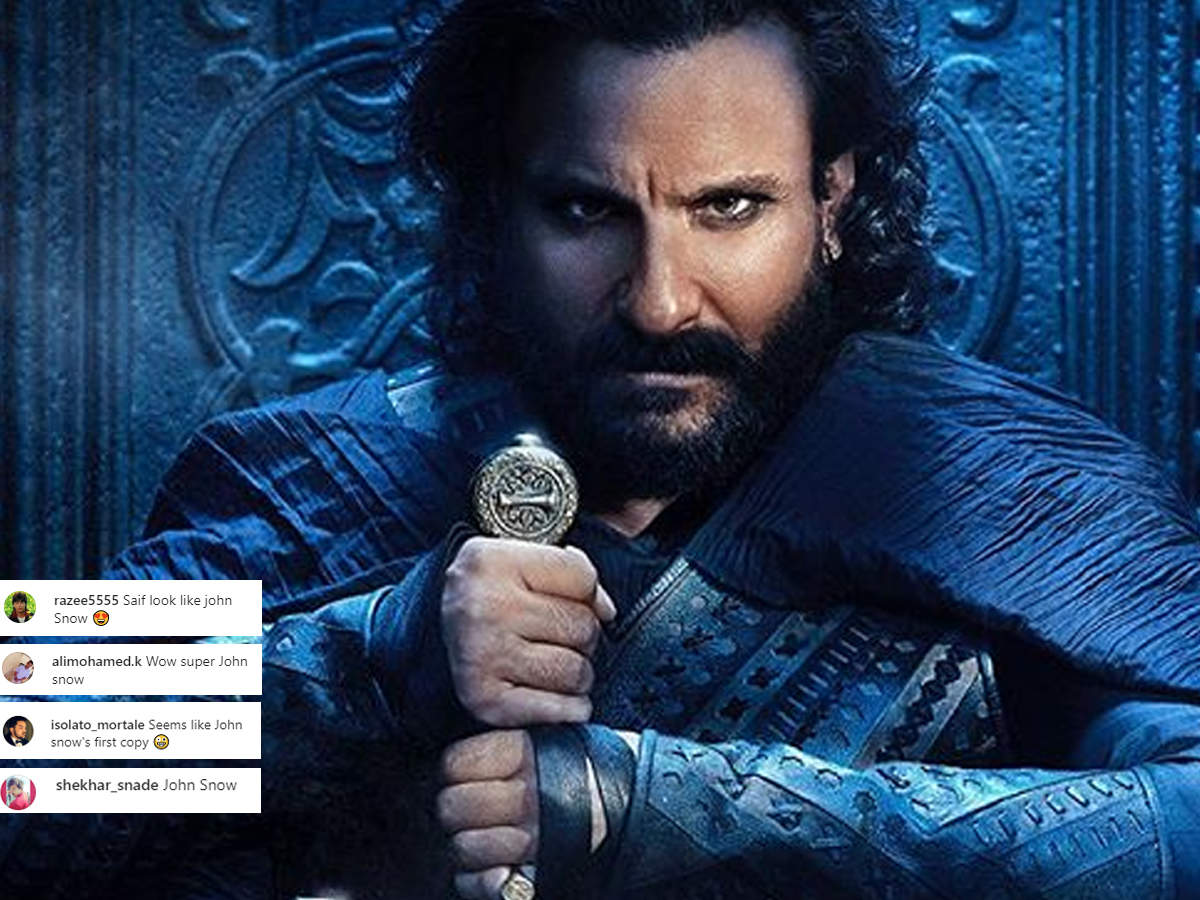 : The Unsung Warrior’ will focus on the Sinhagad battle when Tanaji sacrificed his life and bravely fought against Udaybhan to capture the Kondana fort from the Mughals. In an interview Saif has stated that he was prepping hard for the film which also includes a lot of sword fighting sequences. The climax sequence of ‘Tanhaji: The Unsung Warrior’ will reportedly feature an intense sword-fight between Saif and Ajay.

Directed by Om Raut and produced by Ajay Devgn, ‘Tanhaji: The Unsung Warrior’ is scheduled to hit the screens on January 10, 2020 and will clash at the box office with Deepika Padukone starrer ‘Chhapaak’.