While at home doing the household chores, former India batsman Sanjay Manjrekar said he discovered that sweeping a cricket ball and sweeping the floor require the same technique.

Previously, he had tweeted that he wished his house was smaller having to do all the work at home.

Since March 24, the nation has been on a 21-day lockdown to fight the coronavirus pandemic which has brought the world to a standstill.

Manjrekar had previously reminded the people how he believes technique is the key to attain perfection in life.

Manjrekar posted a video showing him cutting vegetables and explaining how the knife should be held properly. “Everything in life has got to be perfect, not imperfect,” Manjrekar said while cutting vegetables at home as India observes a 21-day lockdown to fight the deadly COVID-19 pandemic.

Manjrekar was recently dropped from the Board of Control of Cricket in India’s (BCCI) commentary panel for the now called off India-South Africa ODI series.

He had said that he accepts the board’s decision to not include him in its commentary panel. He also said recently that K.L. Rahul is the right choice for the No. 5 spot at the moment in One Day Internationals.

“For the moment he is the right fit. But we must keep looking for a (Suresh) Raina and Yuvi (Yuvraj Singh) kind of batsman when Rahul eventually moves to the top,” Manjrekar had said in a tweet. 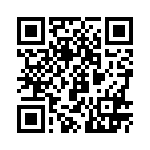