The Samsung Galaxy Buds Plus will come with enhanced battery life and improved sound quality and are likely to be priced in the sub-Rs. 10,000 category.

Samsung’s Galaxy Buds+ will be unveiled at the company’s Unpacked event next month alongside the Galaxy S20 and the new Galaxy Z Flip foldable smartphone. As the launch of Galaxy Buds+ is approaching, rumours and information from sources have also started doing the rounds. Samsung’s new true wireless earbuds are expected to come with larger battery life but sadly, it might miss out on active noise cancellation, according to reports. Besides, the Galaxy Buds+ will offer improved sound quality.

The reports of Galaxy Buds+ not having active noise cancellation may disappoint some Samsung users as they had expected this feature after Apple added it to its AirPods Pro. The Galaxy Buds+ will have an 85mAh battery, which will allow it to be used for 12 hours on a single charge, the tech website reported. The original Galaxy Buds only have a 58mAh battery.

The new earbuds will have four microphones, double that of Galaxy Buds. This could be a welcoming feature as some of the Galaxy Buds users had expressed dissatisfaction with the call quality when using the Galaxy Buds. The Galaxy Buds come with a magnetic charging case and have a quick pairing option and also offer a wireless charging option through the case. We could see the new Galaxy Buds+ to offer the same features.

The Galaxy Buds and Apple Airpods can be automatically paired with their respective devices, using the connect option. The price of the Galaxy Buds+ is expected to be a bit higher than the present wireless earbuds and it is believed that it would come around Rs 10,000 to Rs 12,000. 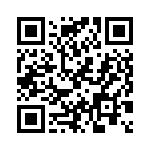 Motorola Rolls Out Android 10 Update for the Moto G7 Plus

Nokia 9.1 to be Scrapped as HMD Global Focuses on Next-Gen Nokia 9.2