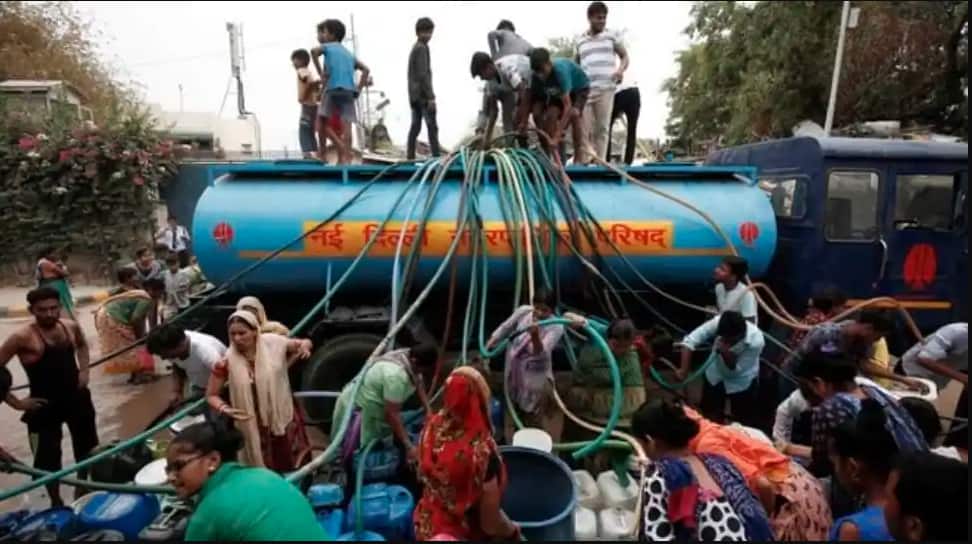 New Delhi: The Supreme Court Friday dismissed Delhi government’s contempt plea against Haryana alleging violation of a 1996 order on water supply to the national capital, saying it should talk to the neighbour to resolve the issue and not keep filing “application after application”.

Alleging that ‘there is zero cusec release of raw water in Yamuna from Haryana’, Delhi Jal Board (DJB) moved the top court recently for initiation of contempt proceedings against the neighbouring state saying that as per the February 29, 1996 order, the Wazirabad reservoir here has to be kept full.

Out of 450 cusec water, 370 cusec has been released by Haryana to Delhi through canal and rest 80 cusec water, to be released through the Yamuna river for Wazirabad water treatment plant here, has not been released leading to the contempt of the apex court’s order, DJB alleged.

“Contempt is dismissed,” the top court said and asked the Delhi government to undertake consultation process with Haryana to resolve the issue.

“Please advise your client not to file application after application. Now this contempt has been filed,” a bench headed by Justice L N Rao told senior advocate Vikas Singh, appearing for the Delhi government, while dismissing the contempt plea against Haryana.

“Please tell us where is the contempt. If all the records are referred once again then there has been a report of a committee which found fault with you as well,” said the bench which also comprised Justices A S Bopanna and V Ramasubramanian.

Singh referred to the apex court’s 1996 order and stressed that the neighbouring state was in contempt of the direction by not keeping Wazirabad water reservoir here full by supplying 450 cusec water to Delhi.

He said 370 cusec water is supplied through other system to Delhi but still 80 cusec water has to reach to Delhi’s Wazirabad water treatment plant through Yamuna river and not a single cusec has been released by Haryana.

Senior advocate Shyam Divan, appearing for Haryana, sought dismissal of the contempt plea on various grounds including that after DJB’s development of infrastructure, the entire water is not supposed to reach to Delhi through Yamuna river.

Divan said the state has been facing acute shortage of water this year.

Singh, on the other hand, said that Delhi, which has a growing population as the national capital, needs water for domestic consumption unlike Haryana which has been using major part for irrigation purposes.

The bench was unconvinced and decided to dismiss the contempt plea of the Delhi government advising it to undertake consultation with Haryana to resolve the dispute.

The DJB had earlier moved the Supreme Court, seeking directions to Haryana to release the capital’s legitimate share of water.

It had claimed that Haryana has been withholding 120 million gallons of water a day (MGD) meant for Delhi and that the raw water being discharged into the Yamuna by the neighbouring state is at an “all-time low”.

“The DJB has just now filed the petition in Hon’ble SC seeking discharge of Delhi’s legitimate share of water by Haryana which was decided by SC itself in 1995-96. Tough times in Delhi because Haryana has withheld Delhi’s water in an outright contempt of SC’s existing order,” Raghyav Chadha had tweeted.

The DJB has been supplying 945 MGD of water to city residents this summer against the demand of 1,150 MGD.