Diego Schwartzman is determined to capture his first ATP Tour title on home soil at the Argentina Open and his resilience was on full display against Pablo Cuevas. The top seed thrilled the crowd on Friday in Buenos Aires by saving four match points to defeat the Uruguayan 5-7, 7-6(11), 7-5 in an epic quarter-final battle.

Schwartzman has endured a grueling 24 hours in his hometown, completing his opening-round win against Federico Delbonis just before 2:30am on Thursday before wrapping up his latest thrilling performance after three hours and 42 minutes. Last year’s runner-up (l. to Cecchinato) will look to recover quickly as he meets the winner of Brazilian Thiago Monteiro and Portuguese Pedro Sousa.

Cuevas let slip a chance to serve out the first set at 5-3, but with Schwartzman serving at 5-6, the Uruguayan regrouped with a crushing forehand winner on set point to take the early lead. The top seed broke Cuevas at 5-5 in the second set, but couldn’t convert his opportunity to close out the set in the next game.

That feeling when you absolutely NAIL your forehand on set point 🙌

Cuevas held his first match point at 6/5 in the tie-break, but with the home crowd urging him on, Schwartzman erased it with aggressive play. Three more match points came and went at 8/7, 9/8 and 10/9, as the Uruguayan began to tighten up. The top seed earned his first set point at 12/11 and brought the crowd to its feet after Cuevas sent a forehand well wide to bring the match into a decider.

It appeared that Schwartzman would race through the final set after building a 3-0 lead, but Cuevas found his footing once more. The 34-year-old brought the match back on serve at 4-2, coaxing a backhand error out of the top seed to break. Cuevas held another pair of break points at 4-4, but came up short in lengthy baseline rallies and Schwartzman held serve to the delight of the crowd.

The top seed earned his first match point with Cuevas serving at 4-5, but the Uruguayan erased it with a huge forehand winner. Schwartzman injured a left groin muscle during the rally and received an immediate medical timeout, but the brief break didn’t prevent Cuevas from holding serve to tie the score.

With Schwartzman’s movement visibly hampered, he went for broke on his forehand in a bid to end points quickly. The strategy worked as the top seed’s resilience and a vocal crowd broke Cuevas’ spirit. Schwartzman didn’t need to hit a ball on his third match point as Cuevas double faulted to end their clash.

Can you believe that?!

Local hero 🇦🇷 @dieschwartzman survives FOUR (!!) match points, before coming through an injury to defeat Cuevas 5-7 7-6 7-5 at the @ArgentinaOpen!

Eighth seed Casper Ruud continued his blistering form this week at the Argentina Open in Buenos Aires, charging into the semi-finals on Friday with a convincing 7-5, 6-1 win over third-seeded Serbian Dusan Lajovic.

Both players remained even throughout much of the first set, but the 21-year-old Norwegian found a new gear and won eight of the last nine games. Ruud has dropped just 12 games across his first three rounds to move into his fifth ATP Tour semi-final, all of which have come on clay.

Awaiting him in the last four is Juan Ignacio Londero, who upset second seed Guido Pella 6-4, 7-6(4) in an all-Argentine battle. Londero saved two set points on his serve at 4-5 in the second set with clean forehand winners, then grabbed the last three points of the tie-break to advance in one hour and 55 minutes. He moves to 2-0 against Pella in their ATP Head2Head series, having defeated him in last year’s championship match in Cordoba. 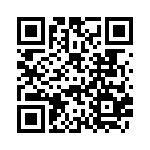