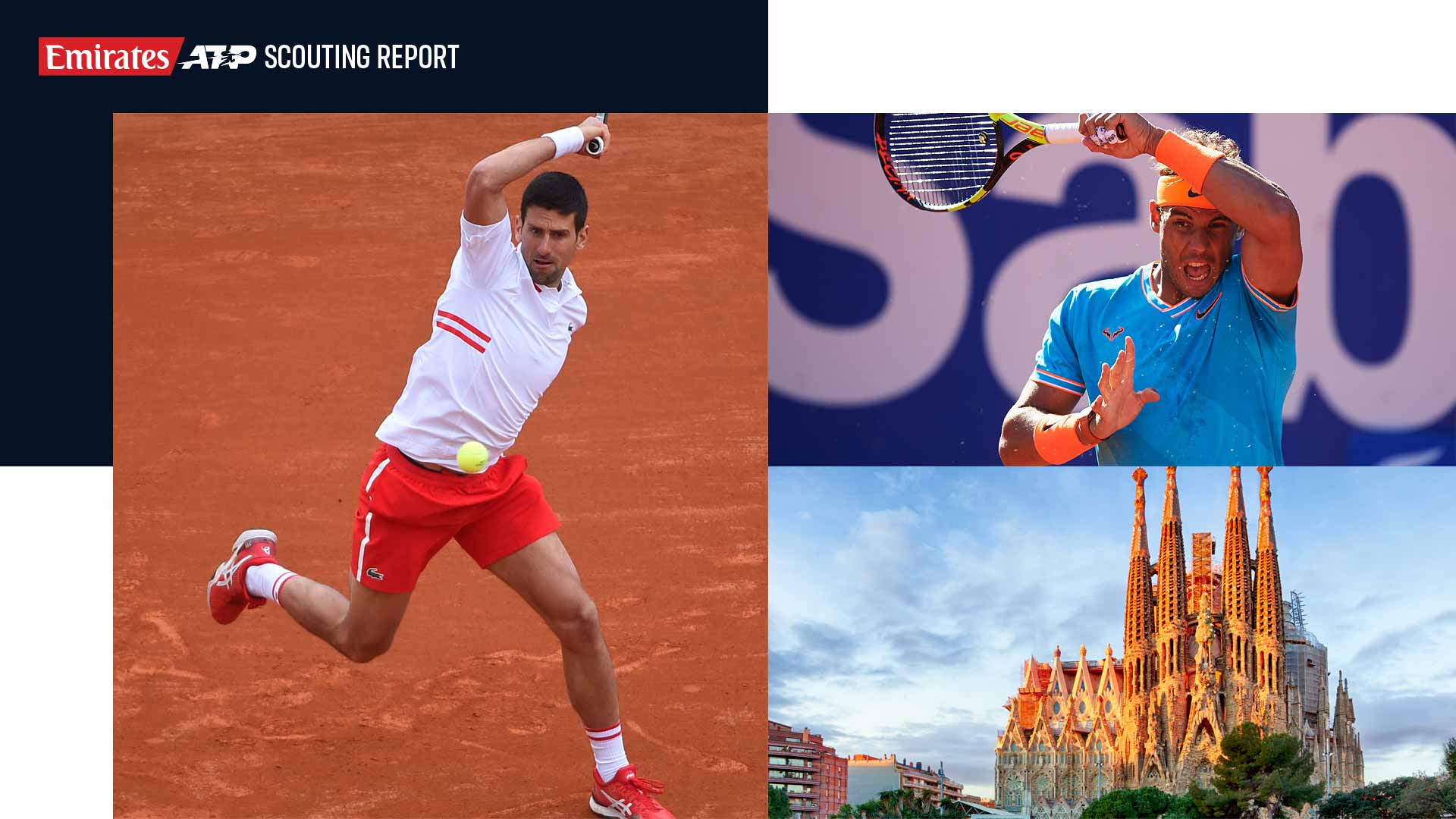 It will be a star-studded week as the European clay-court season continues in Barcelona and Belgrade, with Rafael Nadal and Novak Djokovic leading the way in their respective home country.

Nadal is the top seed at the Barcelona Open Banc Sabadell, an ATP 500 tournament. Djokovic highlights the field at the Serbia Open, which is back on the calendar for the first time since 2012. The event is being held at the Novak Tennis Center.

ATPTour.com looks at what you need to know for the week ahead:

FIVE THINGS TO WATCH IN BARCELONA
1) Rafa Going For No. 12: Nadal is an 11-time titlist in Barcelona, and he will try to lift his 12th trophy at the ATP 500 this week. The legendary lefty owns a staggering 61-4 record at the tournament, where he first competed in 2003 as a 16-year-old. Nadal will begin his run against Ilya Ilya Ivashka or Tallon Griekspoor and the first seeded opponent he could face is 13th seed Cristian Garin, who has won all five of his ATP Tour titles on clay. In his last appearance in Barcelona, Nadal lost in the semi-finals in 2019 against Dominic Thiem.

2) Stefanos Soaring:Stefanos Tsitsipas is the second seed, and he is flying higher than ever after winning his first ATP Masters 1000 title at the Rolex Monte-Carlo Masters. The Greek will feel at home in Barcelona, where he reached his first ATP Tour final in 2018. Then only 19, he defeated a host of strong clay-court players, including Diego Schwartzman, Thiem and Pablo Carreno Busta. Only Nadal was able to stop him in the championship match. Tsitsipas will play Jaume Munar or Thiago Monteiro in his opener.

3) Rublev Roaring On Clay: Andrey Rublev, who lost against Tsitsipas in the Monte-Carlo final, will take plenty of confidence into this ATP 500 after his run in the Principality. He also leads the ATP Tour with 24 wins this season. The Russian has played in the Barcelona main draw just once, at the age of 17 in 2015, and he fell in his three attempts to qualify for the event since. Rublev is a two-time tour-level titlist on clay, and he will play Benoit Paire or a qualifier in the second round.

4) #NextGenATP Stars In Action: Some of the biggest #NextGenATP stars will compete in Barcelona. Jannik Sinner just made his first Masters 1000 final in Miami, and he will try to make an impact in Spain as the 11th seed. The Italian will begin his campaign against former Top 10 star Jo-Wilfried Tsonga or Belarusian Egor Gerasimov. Italian prospect, 19-year-old Lorenzo Musetti, will play someone more than twice his age in 39-year-old Feliciano Lopez, and 17-year-old Carlos Alcaraz will battle Next Gen ATP Finals alumnus Frances Tiafoe.

5) Dangers In Doubles Draw: Juan Sebastian Cabal and Robert Farah lead a stacked doubles draw as the top seeds, but there are plenty of dangerous unseeded teams to watch for. The Colombians will open against Frenchmen Pierre-Hugues Herbert and Nicolas Mahut, who have won all four Grand Slam championships as a pair. Monte-Carlo finalists Daniel Evans and Neal Skupski, who also finished runners-up in Miami, are also unseeded.

FIVE THINGS TO WATCH IN BELGRADE
1) Djokovic Leads The Way: Djokovic will attempt to win his third title in Belgrade. The Serbian went 8-1 in his three previous appearances in this tournament, and that defeat came due to a retirement in the 2010 quarter-finals. The home hero lifted the trophy in 2009 and 2011. One week after being upset in the third round in Monte-Carlo, Djokovic will try to bounce back against South Korean Soonwoo Kwon or a qualifier. The 33-year-old got off to a strong start to his 2021 season by winning his two matches at the ATP Cup and lifting a record-extending ninth Australian Open trophy.

3) Matteo On The Move: Second seed Matteo Berrettini is looking for form in Belgrade as he recovers from an injury that kept him out after the Australian Open until Monte-Carlo, where the Italian lost his opening match. Berrettini will try to build momentum, starting with his second-round clash against Troicki or countryman Marco Cecchinato.

4) Karatsev Climbing: Few players have received more attention this year than Aslan Karatsev, who made a dream run to the Australian Open semi-finals as a qualifier and then claimed his maiden tour-level crown in Dubai. The Russian earned a solid win in Monte-Carlo against Lorenzo Musetti before bowing out against eventual champion Stefanos Tsitsipas. Karatsev will face a stiff challenge in his Belgrade opener against #NextGenATP American Sebastian Korda or Slovenian Aljaz Bedene. Korda defeated the Russian in qualifying at Roland Garros last year as well as in Miami this season.

5) Red-Hot Doubles Team: Will anyone be able to stop Nikola Mektic and Mate Pavic? The Croatians won their fifth title of the season on Sunday in Monte-Carlo. In Belgrade, they are chasing a sixth trophy in 2021, which is their first year as a team. They will face confident opponents in Ariel Behar and Gonzalo Escobar, who have claimed two trophies together this season.