NEW DELHI: Home minister Amit Shah on Tuesday said the security lapse at the residence of Congress leader Priyanka Gandhi Vadra was a “coincidence” and government had already ordered a high-level inquiry to investigate the incident and three officers were suspended.
The home minister was of the view that the Congress should not have publicised the issue as these matters are confidential and a letter should have been written to the officer concerned or to him.
Amit Shah said that the security at Priyanka Gandhi’s residence had instructions to allow Robert Vadra, Rahul Gandhi and other family members to enter the house straightaway, without having to go through security control arrangements.
“They (security) got information that Rahul Gandhi would come to meet her in a black Tata Safari. This information was at the gate of the house. One black Tata Safari came. Instead of Rahul Gandhi, Sharda Tyagi, the chairperson of Kharkhoda Meerut Congress committee, came to meet Priyanka Gandhi in the vehicle with four party workers,” he said.
“Since the vehicle was of the same make and colour which entered the residence around the same time, they entered without going through security control arrangements. It was a coincidence,” Shah told the Rajya Sabha while replying on a bill to amend the SPG Act.
The minister was replying to the issue of security lapse raised by Congress member B K Hariprasad (Congress) during a debate on the bill.
“Despite the possibility of this coincidence, we have ordered a high-level inquiry. All three responsible persons have been suspended. The senior-most officer is investigating the case. This type of incident should not happen again. We don’t want to take any chance, so we have ordered an inquiry,” he also said.
“I want to say that if you are concerned about security, then communication of such incidents is confidential and with security agencies. It should not be publicised in press and the House,” Shah said.
“You should not do this if you are really concerned about their security. If you want to do politics then you can tell the press and also tell the House. You could have written a letter to the DG CRPF, their security in-charge, or to me,” he said.
On November 25, some people had entered the residence of Priyanka Gandhi without going through security control arrangement. 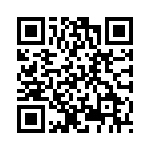