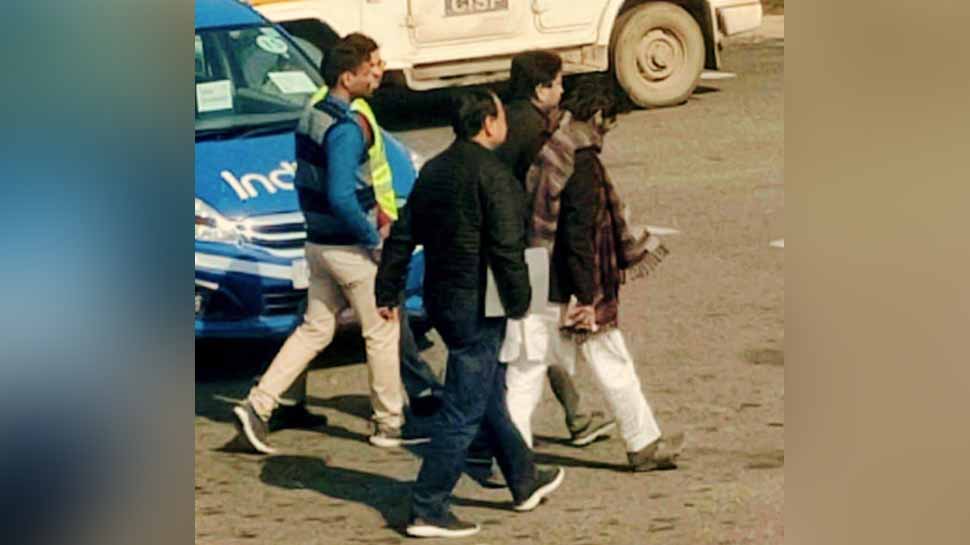 The Delhi Police on Wednesday brought anti-Citizenship Amendment Act (CAA) activist and Jawaharlal Nehru University (JNU) student Sharjeel Imam to Delhi, a day after arresting him in Bihar in a sedition case. Imam will be produced in Delhi’s Patiala House Court later in the day.

On January 28 (Tuesday), the police had arrested Imam from Bihar’s Jehanabad. The case was lodged across several states for his alleged inflammatory speeches made during a protest against the new law. Imam, who was one of the initial organisers of Shaheen Bagh protests, has been asked to appear before the Proctorial Committee by February 3.

“I have surrendered to the Delhi Police on 28-1-2020 at 3 pm. I am ready and willing to operate with the investigation. I have full faith in due process of law. My safety and security are now in the hand of the Delhi Police. Let peace prevail,” Imam had said after his arrest.

Reacting to this, Bihar Chief Minister Nitish Kumar had said, “Nobody should do anything that is not in the interest of the nation. The accusations and the arrest, the court will decide on the matter.”

Patna ADG Jitendra Kumar had said, “A team of the Delhi Police came to Bihar and have been getting full co-operation from the Bihar Police. Imam was arrested under the Kako Police Station in Jehanabad. Necessary legal actions are being taken. The Delhi Police is doing its research.”

A case was registered against Imam under IPC sections 124 A (an offence by words, either spoken or written cause disaffection against Government established by law), 153 A (promoting enmity between different religious groups with an intent to create disharmony) and 505 (statements conducing to public mischief) by the Delhi Police on January 26.

Apart from Delhi, the police of five states including Bihar, Assam, Arunachal Pradesh, Uttar Pradesh, and Manipur had booked Sharjeel under the relevant sections of the IPC. On January 27, a team of central probe agency conducted raids at the ancestral home of Imam in Jehanabad when they picked up his younger brother. His brother was detained and questioned at the Kako police station in Jehanabad, said reports.

The video of Imam’s speech was released by BJP on January 25 and in the video, he can be heard telling a small crowd that Muslims must get united and cut Assam from rest of India.

In a series of videos that went viral on social media, Imam can be heard saying, “If we all come together, then we can separate the Northeast from India. If we cannot do it for permanently, then at least for 1-2 months we can do this. It will take the administration at least one month to disperse all of them.” “It is our responsibility to cut Assam from India. When this will happen, only then the Centre will listen to us,” he further said in the videos.