Prime Minister Narendra Modi on Sunday apologised to citizens, especially the poor, for harsh decisions that have caused difficulties — yet reiterated the importance of the nationwide lockdown as the only way to beat back the coronavirus disease pandemic — while reaching out to a wide range of individuals affected by the disease and its aftermath.

In his monthly Mann ki Baat radio address, the PM explained the rationale of his decision to impose the 21-day lockdown; asked citizens to strictly abide by it; spoke about how this period can be used to enhance emotional bonds; asked for empathy and understanding for those who were infected by the virus or were in quarantine; spoke to patients and doctors to understand their experiences of the disease; and acknowledged the role of those in the front-line of battling the pandemic and keeping essential services running.

This was the third time the PM was speaking to the nation in less than 10 days. In his first address, on March 19, he had alerted the country to the dangers of the pandemic and called for a “janta curfew” for a day on March 22. In his second address, on March 25, Modi announced the three-week lockdown (except essential services) and advised people to stay home. The decision, acknowledged by experts as a necessary preventive measure, has disrupted economic activity and caused an exodus of migrant workers from cities towards their villages, often on foot — in the process enhancing the risks of spreading the disease.

The PM took into account precisely this situation at the beginning of his 35-minute address, and said: “I first want to apologise to the citizens of this country. We have had to take some decisions which have caused difficulties. Many people would be angry at me — and wonder how I have locked everyone at home. I understand your pain and difficulties.” But the PM added that he was confident he would be forgiven because there was no other way for a country of India’s size to battle the pandemic, which had, in a way, chained the entire world. He underlined that it was important to battle an illness at a nascent stage, for if it escalated, defeating it would become far more difficult.

Amid reports that those who had got infected, or were in quarantine, were facing a degree of stigma, the PM said that he was deeply pained to hear this. “This is deeply unfortunate. They are not criminals…in fact, they are staying in quarantine to protect others. They are displaying responsible behaviour.” He added that this was a period where social distancing had to be enforced and increased, while emotional distancing had to be decreased.

Modi also spoke about people who thought that by staying at home, they were doing a favour to others, or did not understand the importance of social distancing. “Don’t be under any such illusion. With this lockdown, you are saving yourself, you are saving your own family…There are people who are still not understanding the gravity of the situation. If you break the rules of the lockdown, you will find it hard to save yourself from the virus.”

The PM, as he had done in the previous two addresses, once again acknowledged the role of the front-line workers in this battle — doctors, paramedics, nurses, safai karamcharis, those who had kept the supply chain intact for essentials, those who had kept basic infrastructure running, those at the forefront of banking services, and others.

He then spoke to patients who had recovered from the infection — and who narrated the sequence of how they got infected, the process of getting tested, the hospital care they received — and to doctors — who spoke about how they were providing care specific to the disease as well as counselling to those infected and fearful of the future. Modi also conveyed the experiences of those who were staying home and using this period to strengthen their bonds with their children, contribute to household work, and pursuing hobbies.

Congress spokesperson Jaiveer Shergill said: “The Prime Minister need not apologise for imposing lockdown but must apologise for the unplanned lockdown impacting especially the 48-crore strong labour force in the informal sector. The moot question is that he gave three days notice for ‘taali and thaali’ ceremony but only three hours notice for locking down 1.2 billion people. As they say, better late than never, it is high time that the Prime Minister provide solutions.”

Neelanjan Sircar, political scientist at Ashoka University and Centre for Policy Research, said, “PM Modi’s greatest strength is as a communicator with the people, which he has leveraged in times of distress — like demonetisation and the coronavirus outbreak. He is well-suited to get the people focused on social distancing — the need of the hour to slow the spread of the virus. But his biggest strength will continue to be to address the needs of the most vulnerable over the course of the lockdown, as they will need government assistance to meet basic needs.” 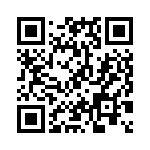