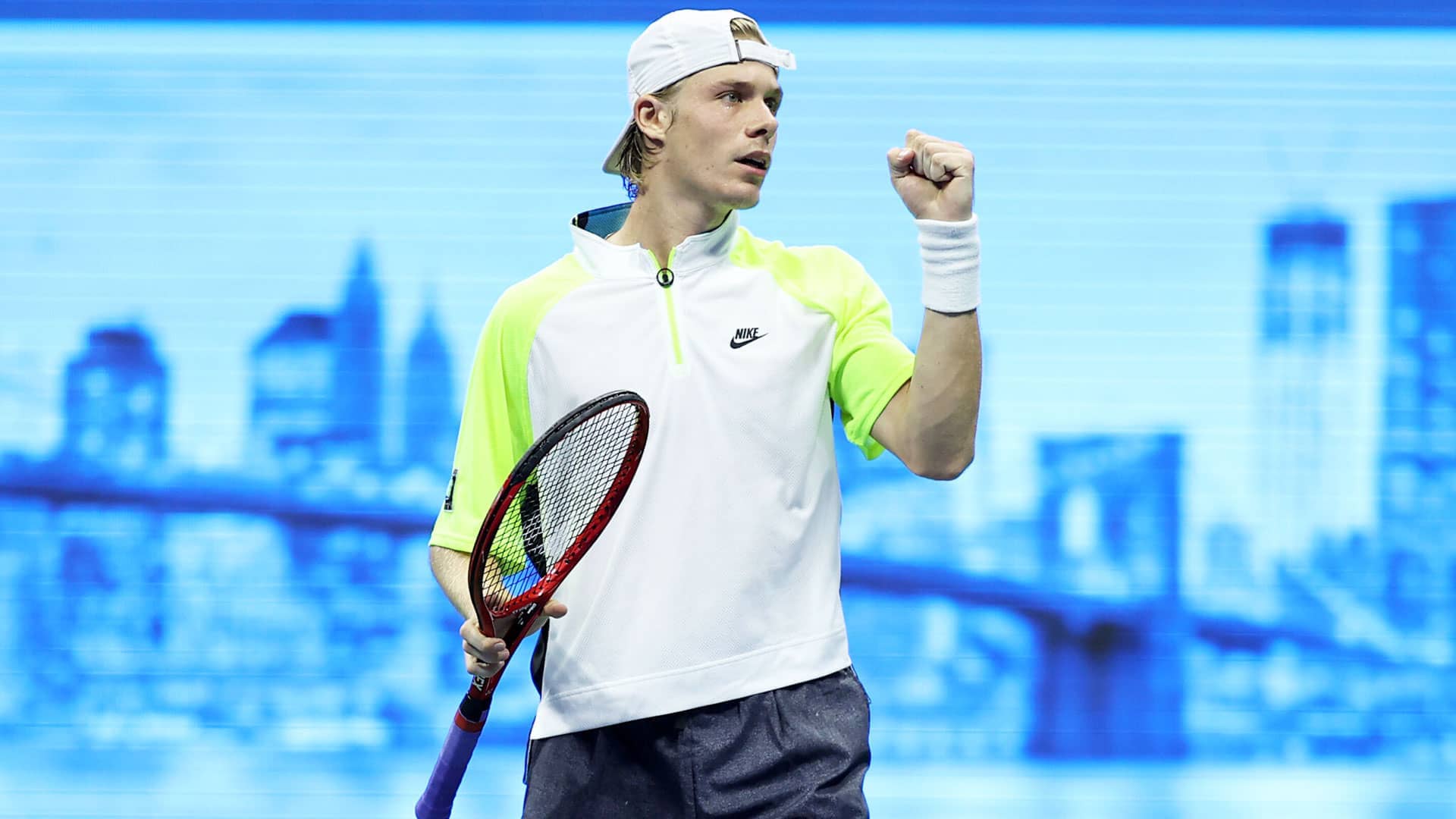 If Denis Shapovalov wanted to reach his first Grand Slam quarter-final at the US Open, he needed to move forward in every sense.

The No. 12 seed left the memories of his only previous ATP Head2Head match with seventh seed David Goffin, a straight-sets defeat last October in Tokyo, in the rearview mirror as he rushed to the net 47 times. Shapovalov was rewarded for his high-octane strategy with a 6-7(0), 6-3, 6-4, 6-3 victory over Goffin and became the first Canadian man to reach the US Open quarter-finals in the Open Era.

“It’s a really proud moment. It’s crazy how far I’ve come,” Shapovalov said on court after the match. “I knew it was going be tough against David and I’d have to play every single point against him… I’m definitely tired, but super happy.”

The 🇨🇦 does it!

He’s into his first Grand Slam quarterfinal 💪@denis_shapo I #USOpenpic.twitter.com/m0MOhd2UEF

The #NextGenATP Canadian has already established himself as someone who thrives on facing top players in big stadiums. Shapovalov opened the year with a pair of wins against players inside the Top 10 of the FedEx ATP Rankings, taking out Stefanos Tsitsipas and Alexander Zverev at the ATP Cup. He completed a hat trick for this season against No. 10 Goffin.

Shapovalov is part of a Canadian trio making history this fortnight in New York. He joined Felix Auger-Aliassime and Vasek Pospisil in marking the first time that three Canadian men reached the second week of a major championship.

Awaiting the 20-year-old in the last eight is No. 20 seed Pablo Carreno Busta, who advanced when top seed Novak Djokovic was defaulted in their match earlier in the day. Carreno Busta leads their ATP Head2Head series 3-1, triumphing in their first meeting at the 2017 US Open and winning their two most recent clashes last year in Chengdu and Vienna.

“He’s a super tough player, similar to David. It’s going to be a very tough match,” Shapovalov said. “I have doubles tomorrow [and] I’ll try to recover as quick as possible.”

You May Also Like: Coric Cracks Quarter-final Milestone At US Open

Goffin went toe-to-toe with Shapovalov in the opening set, matching his power from the baseline and pouncing on any short balls he received. Neither player dropped serve, but Shapovalov grew frustrated at not converting the four break points he held across four of the Belgian’s service games. He bravely saved a set point on his serve at 5-6, but surprisingly imploded in the tie-break and handed Goffin the early lead with a stream of errors.

Although Shapovalov charged the net numerous times in the opening set, he used the strategy even more frequently in the second set, moving forward behind aggressive groundstrokes in a bid to shorten points. The added pressure contributed to Goffin hitting a double at 2-1 and giving Shapovalov the first break of the night. The slight advantage was all the Canadian needed and he continued to hold serve comfortably to level the mach.

He continued to pour it on with an immediate break in the third set as Goffin appeared to grow weary from their grueling baseline exchanges. Although the Belgian continued to battle, he received few opportunities to get involved in his opponent’s serve games. Shapovalov dropped just five points on serve in the third set to take a commanding advantage.

Shapovalov raced to the finish line with a five-game run in the fourth set. Although he showed nerves while serving for the match at 5-2 and was broken, he quickly regrouped and fittingly hit a backhand volley winner in the next game to advance in three hours and 29 minutes. He finished the night with 51 winners.