NEW DELHI: The stage is set for an intense confrontation as the Citizenship (Amendment) Bill is put through its final hurdle, with the Rajya Sabha taking it up on Wednesday.
Ahead of the showdown, there was a sense of confidence in the government camp even as the Shiv Sena suggested it may review its support, and Congress reached out to smaller parties to rally them against the legislation.
BJP’s ally-turned-foe had broken with new partners Congress and NCP on Monday to vote for the CAB in the Lok Sabha after having vacillated through the day. Sena chief and Maharashtra CM Uddhav Thackeray said Sena needed clarity on demands like denial of voting rights for 25 years to those gaining citizenship.
“We need to change this notion that one who supports the bill and BJP is a patriot and one who opposes it is anti-national. The government should answer all the issues raised on the bill,” Thackeray said.
His comment came amid indications that Congress was working on smaller parties to keep them in its corner to prevent an encore for the government, which had sailed through in the lower house. A senior Congress functionary was learned to have contacted the JD(U) brass while efforts were under way to keep the Sena in the opposition’s corner.
The final corrected vote in the Lok Sabha which cleared CAB was 334-106 instead of the 311-80 reported.
Government managers did not rule out the possibility of Sena voting against the bill on the ground that its demand had not been heeded. Yet, despite the threatened twist in the tale, the Centre’s numbers seem secure with BJP managers looking at 125-130 votes in a House with a current strength of 240. Reports of “divisions” in JD(U) over the bill were scotched by its senior functionaries who said the party would vote for the bill.
The vote may see some abstentions, with a couple of MPs missing from the NDA as well. The government’s numbers are likely to be boosted with support from TDP (2), YSRCP (2), AIADMK (11) and BJD (7).
Environment minister Prakash Javadekar on Tuesday cut short his visit to the UN climate change negotiations in Madrid and reached India to participate in the proceedings.
The NDA’s strength remains short of a majority with BJP having a tally of 83 followed by allies JD(U) (6) and SAD (3) and nominated MPs and some independents. There is uncertainty about the final stand of some allies from the north-east and it will be without the support of Anil Baluni (BJP) and Amar Singh (unattached), who are unwell. 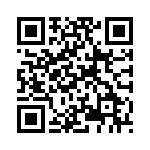