Sandalwood superstar Shivarajkumar is currently busy with a slew of upcoming projects. The actor has Harsha’s Bhajarangi 2 and will soon commence shooting for RDX helmed by Ravi Arasu. He is also attached to Ram Dhulipudi’s next and Bhairathi Ranagal by Narthan, which will be his 125th outing on the silver screen.

And now, according to the latest media buzz, Shivanna will soon step into actor Dhanush’s shoes in the Kannada remake of Tamil hit, Asuran. It has also been reported that the remake will mark Tamil filmmaker Vetrimaaran’s foray into Kannada cinema as a producer. The film will be directed by Savari and Prithvi fame Jacob Verghese.

The team has initiated discussions with the Hat trick hero and he is very much interested in the remake. However, an official announcement about the film is yet to be made by the makers. For the uninitiated, the original film was written and directed by Vetrimaaran and is based on the novel called Vekkai. The super film starred Dhanush in dual roles (Maridhevan and Kaali) and Manju Warrior as the female lead.

Meanwhile, Shivarajkumar was recently seen in Drona. He is now busy completing his highly anticipated next, Bhajarangi 2. The Sandalwood biggie is said to boast of a highly original concept and an untold story. The film is being produced by Jayanna Combines and stars Bhavana as the female lead. 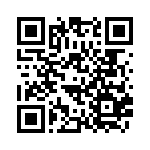