The simple answer, at a time when good news is at a premium, is yes, but there is more to the fall than meets the eye.

First, the facts. In the past week, the curve of new cases across the country has seen a rare dip, with the seven-day average of daily cases actually dropping for the five consecutive days to Monday — something that has never happened since the coronavirus outbreak started in the country in March.

The numbers may suggest that cases in the country have started to plateau. Have they?

Have cases across India hit a plateau?

On September 10, there were 99,181 new cases of Covid-19 reported across the country, according to HT’s Covid-19 dashboard. Till that day, the trailing seven-day average of daily cases ( commonly referred to as the daily case trajectory or the case curve) had been rising consecutively since August 16.

The August 16 drop in the trajectory was a single day aberration, largely be explained by the decreased testing and reporting of cases due to the August 15 weekend. Before August 16, the trajectory had been rising for 81 straight days. All signs till a week ago pointed to the daily case number crossing the 100,000 mark in coming days. But this mark was never breached.

The seven-day case average touched a peak (so far) on September 16, at 93,617, and dropped for five consecutive days after that. By Monday night, this number had dropped to 90,472. This is an unprecedented drop for a country, which has seen a near-steady increase of the case trajectory throughout the course of the pandemic.

But testing follows a similar drop in trajectory

India set a new record for the daily tests for Covid-19 on Saturday when 1.2 million samples were tested, according to the Indian Council of Medical Research (ICMR), the country’s apex body on biomedical research. However, notwithstanding Saturday’s record, daily testing has been seeing a long plateau since the first week of September. For the week ending Monday, on average 1,001,929 tests were conducted every day. This number was 1,098,274 for the week ending September 13 (the highest it has ever touched so far).

In fact, the seven-day average line for daily tests (or the daily test trajectory) has largely followed the same path as the daily cases – a week–long plateau around September 10, and a drop over the past five-six days.

The seven-day average of positivity rate – the proportion of tests that come back positive for Covid-19 – has started rising again. In the past week, 9.2% of all tests conducted across the country have come back positive, the highest this number has touched in 40 days, or since August 12. Over the past month, the average of positivity rate has increased 1.5 percentage points — from 7.7% for week ending August 21 to 9.2% for week ending September 21.

A rising positivity rate means that more people are testing positive for Sars-Cov2 and thus, if this number is rising, it indicates a higher prevalence of virus within the community. The World Health Organization (WHO) recommends that the positivity rate from a region that has a comprehensive testing programme should be at or below 5% for at least two weeks before it can be considered that the outbreak is under control in the region.

So what does this mean?

While cases do appear to have hit a plateau, two crucial metrics – daily testing and positivity rate – don’t present a good picture. India is conducting fewer cases today (on average) than it was a week ago, and a larger proportion of those tests are coming back positive. This would mean that there’s a good chance of the case trajectory rising again — if testing levels do. 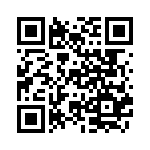