“I would plead with South African fans to respect our opponents and don’t go overboard with these things (referring to Smith and Warner),” Faul told The Herald.

Both Warner and Smith, then Australia’s captain and vice-captain, were banned by Cricket Australia for one year for involvement in ball-tampering during the Cape Town Test in March 2018.

“It’s competitive on the field, and we don’t need it. Sport in general doesn’t need that behaviour.

“What happened last time the behaviour was unfortunate. As much as we appreciate support and you have to acknowledge the importance of people supporting these events I can only plead that people would treat players with respect.”

Nearly two years after their world came crashing down, Smith and Warner flew out to South Africa on Friday with the rest of Australia’s Twenty20 squad.

Australia will play three T20Is, starting on February 21 and three ODIs during the tour.

The duo were at the received end of booing from fans during the ICC World Cup and the high-voltage Ashes series against England last summer.

Faul, who stepped into the post in December after Thabang Moroe was suspended amid allegations of misconduct, warned fans they would be thrown out of the ground if they misbehaved.

“If someone misbehaves it’s very tough. We have a very strict policy in terms of fan behaviour and we will evacuate people but the damage will have been done.” 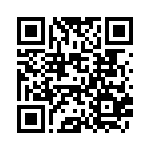 If there was a hockey legend after Dhyan Chand, it was Balbir Singh Sr: Milkha Singh