Roger Federer hits against a wall while social distancing.

Playing tennis in the snow while social distancing is not an easy task. But Roger Federer made it look like a piece of cake in a video he posted on social media Monday.

Making sure I still remember how to hit trick shots #TennisAtHome pic.twitter.com/DKDKQTaluY

Federer hit a series of tweeners and behind-the-back shots with perfect precision against a wall.

Just last week, the 103-time tour-level champion and his wife, Mirka Federer, revealed that they donated one million Swiss Francs (USD $1.02 million) to vulnerable families in Switzerland to contribute towards the global fight against coronavirus.

You May Also Like: Federers Make Big Donation To Vulnerable Swiss Families

Federer, currently No. 4 in the FedEx ATP Rankings, last competed in the semi-finals of the Australian Open before undergoing right knee surgery in February. If his recent video shows anything, it’s that the 38-year-old has not lost his touch. 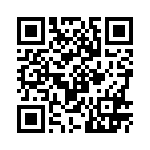