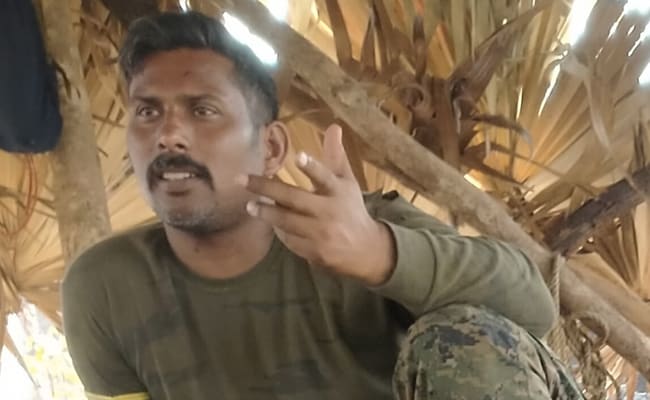 Rakeshwar Singh Manhas, a resident of Jammu, spent over 100 hours in captivity.

A commando kidnapped by Maoist rebels after a deadly encounter in Chhattisgarh on Saturday, in which 22 soldiers were killed and 31 injured, has been released after more than 100 hours in captivity, the state government said on Thursday.

Rakeshwar Singh Manhas of the 210th Commando Battalion for Resolute Action (CoBRA) division was taken hostage by the Maoists following the gun battle that lasted almost three hours in a rebel stronghold in the Bijapur district.

He was freed by the Maoists after a team of two eminent people, including a person from the tribal community, was nominated by the state government to secure his release, officials said.

The jawan who is from Jammu is being brought to the Tarrem camp of the Central Reserve Police Force (CRPF) located in Bijapur, a senior officer of the paramilitary said.

“Today is the happiest day of my life. I always remained hopeful of his return,” Meenu, wife of Mr Manhas, was quoted as saying by news agency ANI. She and her daughter had released an emotional appeal for his release on video.

In the deadliest ambush of its kind in four years, some 2,000 security personnel were on the hunt for a Maoist rebel leader in Bijapur district in Chhattisgarh state on Saturday when some of them were attacked.

The rebels looted weapons, ammunition, uniforms and shoes from the security forces who were killed.

Prime Minister Narendra Modi tweeted that the “sacrifices of the brave martyrs will never be forgotten”, while Home Minister Amit Shah wrote on Twitter that India would “continue our fight against these enemies of peace & progress”.

The encounter was the worst for Indian security forces battling the far-left guerillas since 2017, when 25 police commandos were killed in an attack.

Seventeen police from a commando patrol were killed in an attack by more than 300 armed rebels in Chhattisgarh in March last year.

Sixteen commandos were also killed in the western state of Maharashtra in the lead-up to India’s election in 2019, in a bomb attack that was blamed on the Maoists.

The Maoists – who say they are fighting for rural people and the poor – have battled government forces across eastern India since the 1960s.

Thousands have been killed in the fighting.