Sony executive Catherine Jensen says that the voice chat recording feature on the PlayStation 5 is strictly to report online abuse.

Sony has offered a clarification on the new voice chat feature coming with the PlayStation 5 consoles that would allow its users to record voices of PlayStation 4 users while sharing parties. Earlier this week, an update that was rolled out to the PlayStation 4, notified users that the “voice chats in parties may be recorded” and sent to the company by other gamers to ensure a safe environment for gaming. This message sparked a controversy after many PlayStation 4 users feared that the company is actively recording and moderating conversations among private groups.

However, Sony’s vice president of global consumer experience Catherine Jensen says that the feature would “not actively monitor or listen in on your conversations,” and it is strictly reserved for reporting online abuse or harassment. In a post published on the PlayStation website, Jensen apologised for not “clearly” communicating this feature coming with the PlayStation 5 consoles. Jensen further added that the voice chat recording feature would allow PlayStation 5 users to record “the most recent five minutes of a Voice Chat” to enable the player to report the matter. “These reports can be submitted directly through the PS5 console, and will be sent to our Consumer Experience team for moderation, who will then listen to the recording and take action if needed,” it further stated.

The voice chat feature; however, cannot be disabled as Sony believes that users should feel safe when playing with others online. Recently, the company showcased the user interface in an 11-minute video and further revealed a list of 10 games that will not run on the new PlayStation 5 consoles. Meanwhile, the company has revealed the pricing of the PlayStation 5 for the Indian market that starts at Rs 39,990 for the digital edition and Rs 49,990 for the standard edition. 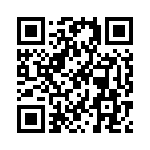