South Korea has reported 142 new cases of a viral outbreak, bringing the country’s total to 346.

Of the 142, 131 are from the fourth-largest city of Daegu and nearby regions, most of them linked to a church and a hospital in Cheongdo county.

Daegu has emerged as the latest front in the widening global fight against COVID-19, with the city’s 2.5 million residents urged to stay inside, wearing masks even indoors to stem further infection.

Mayor Kwon Young-jin made a nationally televised appeal Friday for those preventative measures, warning that a rash of new cases could overwhelm the health system. He pleaded for help from the country’s central government.

Two patients from the Cheongdo hospital have died after being infected with the virus causing COVID-19.

China said Saturday the daily count of new virus cases has fallen significantly to 397, with another 106 people dying of the disease, most in the epicenter of Hubei province.

The new figures bring the total number of cases in mainland China to 76,288 with 2,345 deaths, as strict quarantine measures and travel bans continue to contain the disease that emerged in China in December and has since spread world-wide. The daily figure is down from 889 on Friday.

South Korea has become the newest front in a global outbreak, reporting on Friday that 204 people had been infected, quadruple the number of cases it had two days earlier. Schools were shuttered Friday, churches told worshipers to stay away and some mass gatherings were banned. 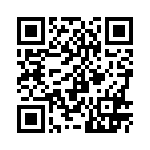