India off-spinner Harbhajan Singh believes a lot of lives are on line amid the ongoing coronavirus pandemic and that’s why the 13th edition of the Indian Premier League (IPL) should be organised only when the situation improves.

Harbhajan, however, said that if the situation arises, he won’t mind playing in front of empty stands as it would ensure the safety of the fans.

“Spectators are important, but if the situation arises, I don’t mind playing without them,” Harbhajan said speaking on Star Sports’ ‘Cricket Connected’ show.

“Yes, as a player I won’t get the vibe, but this will ensure that every fan will get to watch IPL on their TV.

“We will have to be cautious about everything and should prioritise players’ safety by ensuring that the match venues, team hotels, flights are properly sanitized.

“A lot of lives are on line so we should organise IPL when everything is fine,” he added.

The IPL 13, which was slated to start from March 29, stands suspended till April 15 amid the coronavirus outbreak which has claimed more than 110 lives in the country.

Harbhajan, who plays for Chennai Super Kings, also said that he was really looking forward to get back on the field after a gap of 12 months.

“I miss matches the most, was hoping that I would get to play 17 matches (including finals) after a year’s gap,” said the ace off-spinner.

“I miss our visits to the ground, the hordes of fans waiting to greet us, the bikes that used to ride along our bus and am sure that every fan is missing this as well,” he added.

The BCCI is now looking at the October-November window to host the tournament. But the move can only be possible if the ICC decides to postpone the World T20 that is to be held from October 18 to November 15 in Australia.

“I hope that IPL happens soon, till then I will keep myself fit,” said Harbhajan. 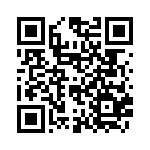