Editor’s Note: But for the COVID-19 pandemic, Roland Garros would now be underway. During the next two weeks ATPTour.com will look back on memorable matches and happenings at the clay-court Grand Slam, which tournament organisers are now hoping to stage in September.

Two weeks before Roland Garros in 1996, Michael Stich was unsure if he was going to play the clay-court Grand Slam.

Stich had lost a three-setter in the second round of the Internazionali BNL d’Italia against current ATP Chairman Andrea Gaudenzi. Before that, he hadn’t played for nearly three months due to a left ankle surgery that March.

“Why should I come to Paris and look like an idiot on clay?” Stich wondered, according to the New York Times.

Little did the 27-year-old know that he’d not only play Roland Garros, but he would spring the upset of the tournament and achieve his career-best result on the terre battue.

After winning his first three matches with the loss of only one set, 15th-seeded Stich faced a daunting fourth-round challenge against defending champion Thomas Muster. The second seed was the tournament favourite after triumphing in Monte Carlo and Rome.

Despite trailing by two sets to one, it appeared the Austrian was poised to wrestle back control of the match from Stich. Muster served to force a decider at 5-3, and converting would have put him in good shape, as he was arguably the fittest player on the ATP Tour.

“We all knew Thomas Muster was a strong guy. He was an animal,” former World No. 1 Yevgeny Kafelnikov told ATPTour.com. “He could run fast and for a long time.”

Instead, Stich kept Muster pinned well behind the baseline to earn three consecutive break chances. Although he couldn’t convert the first two, he hit a ball with heavy topspin to Muster’s forehand, and the Austrian couldn’t reach due to the high bounce.

The players weren’t going to a fifth set, but a tie-break. Stich hit a net-cord winner to earn the first mini-break, and he never looked back from there. When he clinched the 4-6, 6-4, 6-1, 7-6(1) stunner with a forehand volley winner, Stich threw his arms up in celebration.

“There was a lot of pressure on him to defend his title,” Stich said, according to the Washington Post. “I had nothing to lose. He had a lot to lose.”

Muster won 18 tour-level clay-court titles in 1995 and 1996, yet he lost in four sets against a player who wasn’t sure he was going to play Roland Garros at all.

“It’s a disappointment now, but when I wake up tomorrow morning, I will hopefully have the same hair,” Muster said. “Winning last year hasn’t changed my life, and this is not going to change my life, either.”

The upset surprised the rest of the field, too. Kafelnikov said that there was a crowd of players watching the match in the locker room.

“I was very surprised, but all credit to Michael. He played a very fantastic match,” Kafelnikov said. “That was the surprise of the tournament, that the defending champion went out in the fourth round. But Michael played a very great tactical match and used his strengths to his advantage very classically. It did surprise many players.

“I knew Thomas was the best clay-court player at the time with his record and his game. That year was very, very hot. The courts got a bit quicker. The balls were travelling through the air a bit faster.”

Stich maintained his momentum, beating home favourite Cedric Pioline and Swiss Marc Rosset to reach his first and only Roland Garros final. The German fell short against Kafelnikov, who had led their ATP Head2Head series 6-3.

Nevertheless, the fortnight was a 180-degree turnaround for Stich. Not only did he show up in Paris, but he looked better than ever on the red clay.

“I might have lost a match,” Stich said after the final. “But I’ve recaptured my love for the sport.” 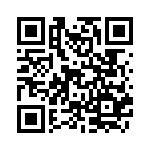