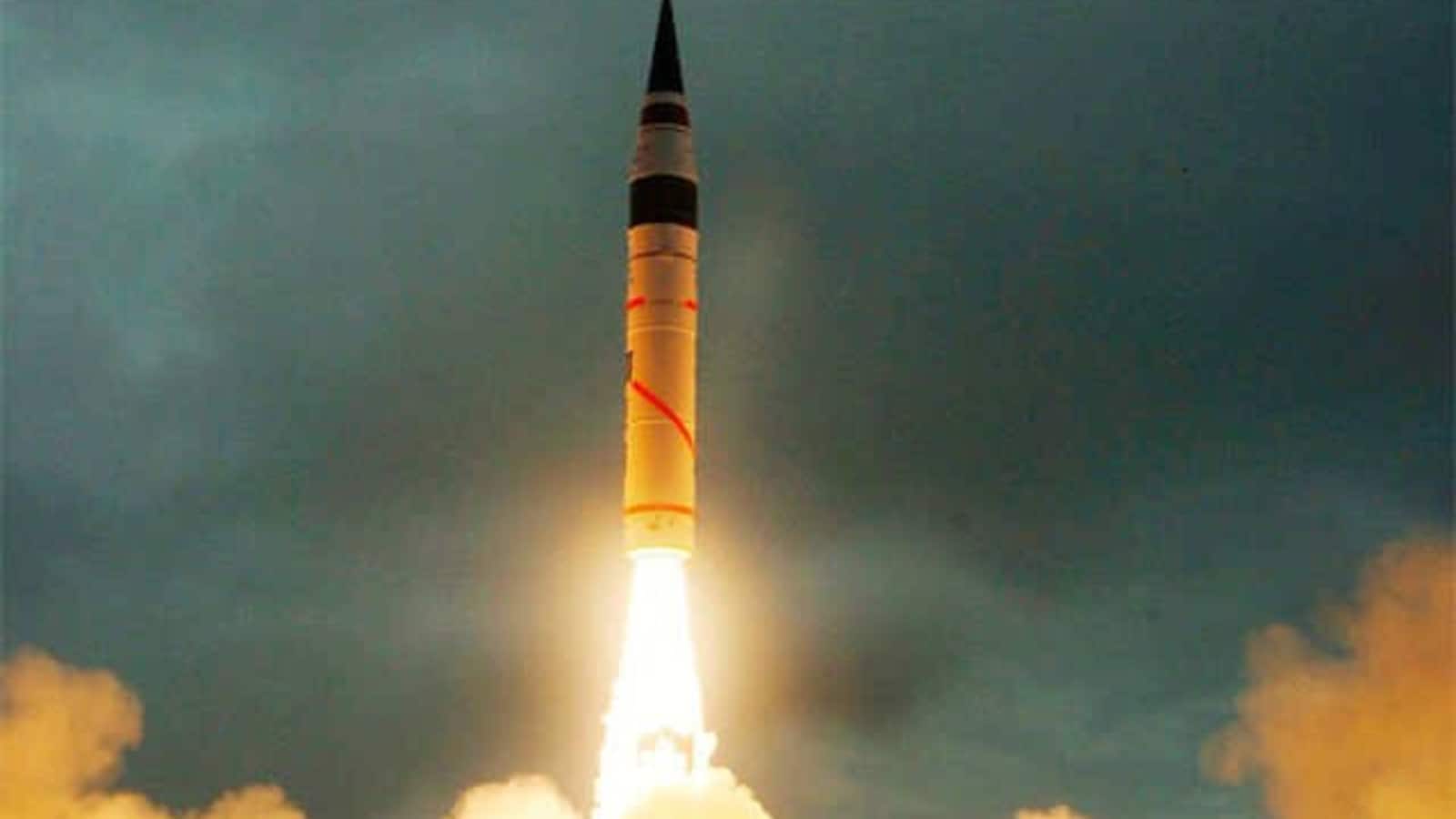 After successful testing of new generation Agni-Prime missile this June, the Agni V missile test on Wednesday evening was in night operational mode with the weapon taking a perfect flight trajectory and hitting the target in just over 15 minutes.

The Strategic Forces Command (SFC) conducted the first user trial of the Agni V ballistic missile from APJ Abdul Kalam Island in Odisha on Thursday evening to validate the night operations with the missile reaching its target 5000 km away within the stipulated time.

The missile, which was tracked by telemetry and radar ships of the Defence Research and Development Organization (DRDO), took perfect flight trajectory as per accorded parameters and hit the target within 15 to 18 minutes. This was the eighth successful trial of the ballistic missile, which is at the core of India’s minimum deterrence in the background of Chinese increased intermediate range ballistic missile capability and Pakistan’s nuclear ambition.

According to people aware of the development, the Agni V missile, which flew at 7.50 pm, was of standard configuration including the warhead weight. The target was hit within the accepted circular error of probability with both the user and the developer satisfied with the result. The motive behind a night test was to test whether the user, SFC, could handle the weapon in day and night operational mode. It is understood that the missile is fully developed and inducted with the SFC at liberty to undertake further trials in case of requirement. The Agni V missile is a three stage solid fueled surface to surface missile with advanced guidance systems.

The Agni V test comes after the DRDO successfully test-fired the new generation Agni Prime missile from Odisha on June 28, 2021 with range between 1000 to 2000 kilometers. The new generation missile will ultimately replace all the Agni missiles within this range as the Prime series is more efficient, maneuverable, less cumbersome and a highly accurate platform using both composite fiber and canister casing system. The missile can be fired from mobile launchers and trains, which helps in survival of the weapon for second strike as India is committed to no first use policy.

The Agni series of missiles are part of India’s nuclear triad with capacity and capability to deliver nuclear weapons from air through fighters like Rafale and even Mirage 2000 H and from sea through ballistic missile submarines like INS Arihant.

While India is expected to commission its second ballistic missile submarine INS Arighat during its 75 year of independence, the developers are also working on a sea launched ballistic missile which has a similar range as the Agni V missile. With a nuclear submarine carrying a missile of 5000 km range, the Indian nuclear triad is expected to cap at this range till such time the government decides to go for longer ranges in case the security scenario deteriorates in Asia. The missile developers on their part are confident that they can deliver far beyond the 5000 km range cap.