. Subedar Anandan G was enrolled into Madras Engineer Group on
23 September 2005. After completion of training Individual was posted to 10 Engineer Regiment. Individual is a battle casualty where he suffered mine blast injury on 04 Jun 2008 resulting in amputation below left knee and under gone surgery at ALC, Pune on
03 Jul 2008. An artificial leg was specially designed and given during the rehabilitation. Individual is a keen sportsmen and was subsequently sponsored by Madras Engineering Group & Centre for running blade. In IPC Athletics Grand Prix-2014 held at Tunisia from 12 to 19 Jun 2014 he won 01 Gold in 200 meter and also participated in 17th Asian Games at Incheon.

. Individual under the supervision & guidance of Madras Engineering Group & Centre Athletic Coach he practiced with prosthetic blade in 100 meter& 200 meter distance in T44 Category. Individual later participated in Sri Lanka Army Para Games at Colombo from 16 – 18 Sep 2015 Indian Army and Paralympic Committee of India had sponsored the individual for the participating in the subject event in the event at Sri Lanka he improved his timing to 12.29 secs in 100 meter event winning a Silver Medal. He individual obtained Gold in 200 meter category where fourteen countries participated in Sri Lanka Army Para Games. 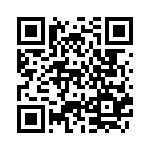 Djokovic: ‘I Pray To Have Serving Days Like I Had Today’

Johnson On Federer: ‘He Kind Of Suffocates The Court’