Syria’s health ministry said on Sunday that a woman who died after being rushed to hospital for emergency treatment was found to have been infected by coronavirus in the first officially reported death from the disease.

Syria also said its confirmed cases rose to nine from an earlier five cases, but medics and witnesses say there are many more. Officials deny a cover-up but have imposed a lockdown and draconian measures including a nation-wide night curfew to stem the pandemic.

On Sunday, the army also announced an end to a call-up for army reserves. The army has already ended conscription in what military defectors said was an attempt to prevent the spread of the virus among the rank and file.

Opposition figures and independent politicians point to Damascus’ strong ties with Iran, the worst affected country in the region and which has land and air links with Syria, as a source of possible contagion.

They say the virus is also coming from members of Iranian-backed militias who are fighting alongside the Syrian army.

Senior Syrian army officers have in recent days taken leave of absence and been ordered not to mingle with the Iranian-backed militias, military defectors say.

Thousands of Shi’ite pilgrims also continue to arrive in Syria to visit the Sayeda Zainab shrine in Damascus, a neighbourhood that also houses the main headquarters of the Iranian-backed militias.

United Nations officials say large movements of pilgrims and visitors in densely populated areas have increased the risks of infection.

READ | At home with coronavirus, UK PM Boris Johnson writes to the nation 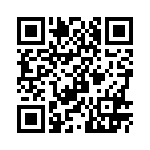