If you want to live longer, read on. Researchers have found that regular hot tub bathing is linked to a lower risk of mortality from heart disease and stroke. According to the study, published in the journal Heart, the higher the dose, the better it seems to be for cardiovascular health, with a daily hot bath seemingly more protective than a once or twice weekly one.

“We found that frequent tub bathing was significantly associated with a lower risk of hypertension, suggesting that a beneficial effect of tub bathing on risk of [cardiovascular disease] may in part be due to a reduced risk of developing hypertension,” said the study researchers in Japan.

Having a bath is associated with good sleep quality and better self-rated health, but it’s not clear what its long term impact might be on cardiovascular disease risk, including heart attack, sudden cardiac death and stroke.

To explore this, the researchers drew on participants in The Japan Public Health Centre-based Study Cohort 1, a population-based tracking study of more than 61,000 middle-aged adults (45 to 59 years).

At the start of the study in 1990, some 43,000 participants completed a detailed questionnaire on their bathing habits and potentially influential factors: lifestyle, to include exercise, diet, alcohol intake, weight (BMI); average sleep duration; and medical history and current medicines use.

Each participant was monitored until death or completion of the study at the end of December 2009, whichever came first, with the final analysis based on 30,076 people.

The frequency of tub bathing wasn’t associated with a heightened risk of sudden cardiac death, or with a particular type of stroke, called subarachnoid haemorrhage (bleed into the space surrounding the brain), the researchers said.

But no significant associations emerged for overall stroke risk and water temperature.

After excluding those participants who developed the cardiovascular disease within five or 10 years of the start of the study, the associations found weren’t quite as strong, but nevertheless still remained statistically significant.

According to the researchers, this is an observational study, and as such, can’t establish cause, added to which changes in bathing frequency weren’t tracked during the monitoring period. 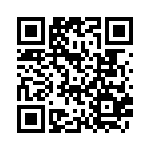 Seek forgiveness, there was no other way: Modi – Hindustan Times

Coronavirus: Death toll due to COVID-19 rises to 27; positive cases increase to 1024 – The Financial Express