Why is there something rather than nothing? We’re finally making enough antimatter to extract an answer – and it might reveal the dark side of the universe too

SURE, the big bang is cool, in a hot sort of way. The beginning of all things. Space, time, matter and energy bursting into existence from a pinprick of infinite temperature and density. Space racing away from itself faster than the speed of light. Maybe even the making of a multiverse.

But a second moment shortly afterwards doesn’t get half the press. Perhaps that is because it is when precisely nothing happened. Call it an anti-moment.

It is when all the matter that suddenly and inexplicably came into being in the big bang equally suddenly and inexplicably failed to go out of being again. When it didn’t cease to be available to create stars, galaxies, planets, an unquantified quantity of questioning life and, on one world at least, some highly embarrassed physicists who predicted exactly that. “The fact that we are a world completely dominated by matter is completely un-understood,” says Chloé Malbrunot at particle physics lab CERN, near Geneva, Switzerland. “Theory says we shouldn’t be here.”

After decades trying to understand why we are here, we could now be nearing a breakthrough on multiple fronts. And the answer probably isn’t the one we first thought of. There is even a slim chance it could explain not only what happened after the big bang, but also great mysteries of our universe today, such as the nature of dark matter and dark energy. “We are just one experiment away from a revolution in our understanding,” says Jeffrey Hangst at CERN. “That’s what makes this so cool.” 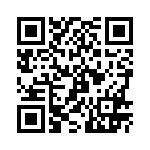